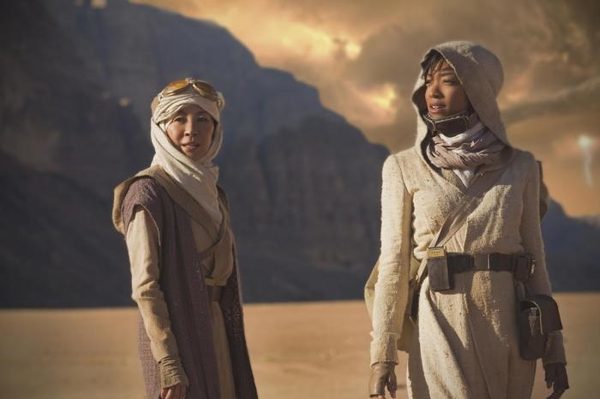 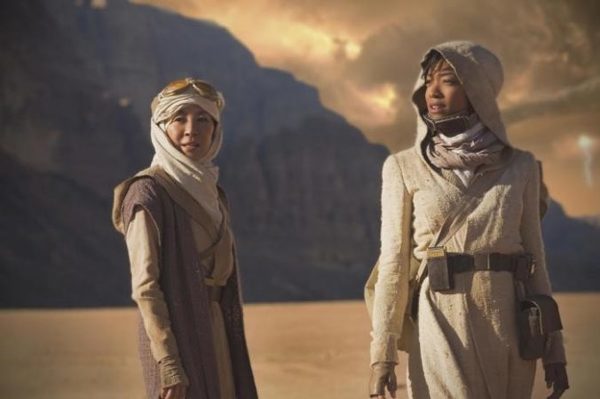 Soon it’s the arrival of the new Star Trek: Discovery series, so it’s time to unveil the latest SPOILERS on the show!

It’s official ! Star Trek: Discovery will be on our screens on September 24th. Broadcasted on CBS in the United States, episodes of the new space saga will be available on Netflix in France the very next day! This inter-galactic adventure looks epic and the trailer of Star Trek: Discovery promises us many surprises. We also find Sonequa Martin-Green (Sasha in The Walking Dead) in the lead role of this new show! But what about history? Very little information has been given to us on what is going to happen. We’ll take stock of the latest spoilers!
A series away from the original Stark Trek!

Star Trek: Discovery takes place about a decade before Star Trek: The Original Series, released in the 70’s. In breaking with the original series, the main character will be First Officer Michael Burnham, played by Sonequa Martin-Green. The series will feature a new ship, new characters and new missions while adopting the same ideology of the original series. So, whether you’re a Star Trek fan or not, you’ll be able to follow the story without difficulty!
What will be the mission of the characters of Star Trek: Discovery?

The showrunners finally gave us information about the pilot of the new Star Trek saga: “Officer Burnham is a human (…) She is the First Officer on the Ship Starship Shenzhou [padded by Philippa Georgiou, played by Michelle Yeoh] But Burham is going to have to make a tough choice – it affects her, affects the Starfleet, affects the Federation, it affects the entire universe, and this choice will take her to a different ship, The Discovery. They will seek to discover new peoples and civilizations in the galaxy! The showrunners also added that they were inspired by Game of Thrones to make this show and they will not hesitate to kill key characters of Star Trek: Discovery … Gare à toi Sonequa Martin-Green!