Strasbourg : the remains of victims of the nazi barbarity found at the university 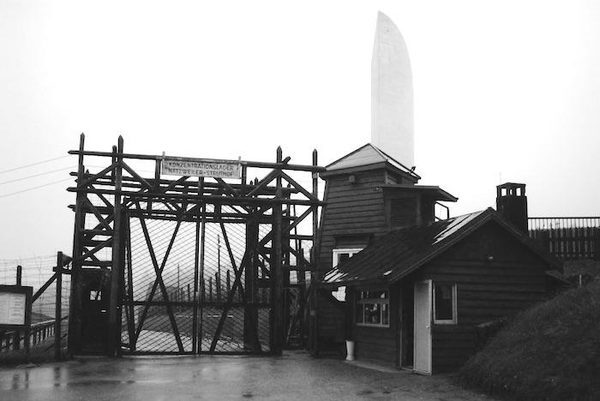 Entrance to the concentration camp of Struthof

The university of Strasbourg opened his eyes on history, and on the violations that have taken place in its premises during the Second world War. It has appointed a historical commission independent, to investigate the conduct of professor August Hirt, an anatomist of the German Institute of anthropology racial Ahnenerbe, who has conducted experiments on the victims of the Holocaust.

It is particularly in search of human remains from the jewish victims in anatomical collections of the university. The research has already led to the discovery of a twenty jars bearing the name of professor Hirt, as well as 160 theses of medicine, written between 1943 and 1944, which were, until then, gone unnoticed.

“A university that has committed crimes”

There is nothing to prove for the moment that these remains came from jewish victims of the concentration camps, but this discovery laid the first stone of a historical reconstruction, according to Mathieu Schneider, the vice-president of the university of Strasbourg, whose remarks were reported by France Bleu. “Unfortunately we have had to host in our walls to a university that has committed a crime. It is this history that we need to write “.

“The first work of the historical commission show that there has been an intensification of research between 1943 and 1944, and that this research was clearly intended to serve the theses racial and medical experiments of the nazis “, he notably explained.

Historical reports indicate that 86 people had been deported to the concentration camp of Auschwitz to be gassed in a concentration camp in alsace of the Struthof – the only camp built on French soil. Their bodies were then dissected at the university of Strasbourg by professor Hirt and his team, for research purposes, and to constitute a collection of skeletons.