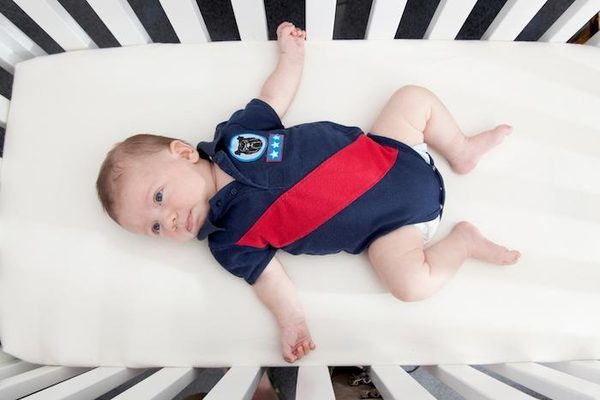 For good sleep, baby should be lying on the back. This message of prevention of the unexpected death of the infant is being relayed for over two decades in many countries. And yet, in the United States, only 4 mothers out of 10 following this advice, according to a study published in the journal Pediatrics.

This sleeping position has been recommended to parents in 1994. It has helped reduce the number of deaths dramatically. Of the 1,300 deaths per year, France had now 500 dead unexpected infant these past few years.

But since the 2000s, this figure has stagnated and the sudden infant death syndrome remains the leading cause of death between one month and one year. For the researchers from the universities of Boston and Yale (United States), the lack of awareness of parents is the cause.
Interviewing 3 200 mothers, they found that more than three-quarters of them put “usually” their infants on their backs to sleep. But only 43 % know why they are there. Result : children are sometimes laid on the belly or on the side and are likely to suffocate in their sleep.

Because the “intention does not always correspond to practice,” says Eve Colson, professor of pediatrics at the university of Yale and in charge of the work. While parents want to do well, they do not always follow the recommendations issued by doctors. They listen in priority their mothers or grandmothers that ensure that the child sleeps better on his tummy, note the authors. The young parents also report being lost between the claims of doctors and what they can read in magazines or hear around them.

The recent debate around the plagiocephaly – or syndrome flat head – a good illustration of this. Concerned about the upsurge in the number of children with this syndrome without severity, the patients association the LINK has denounced the sleeping position of the dorsal.

A cause of concern to pediatricians. They point out that this way of sleeping has helped to reduce 80 % of deaths due to sudden cardiac death. They took the opportunity to remind parents that the blankets thick, the pillows, the towers bed and other accessories are to be banned in the cradle of the child to minimize the risk of sudden death. Bed to his mattress in his sleeping bag at an ambient temperature of 19 °C, that’s all he needed to make a good night.