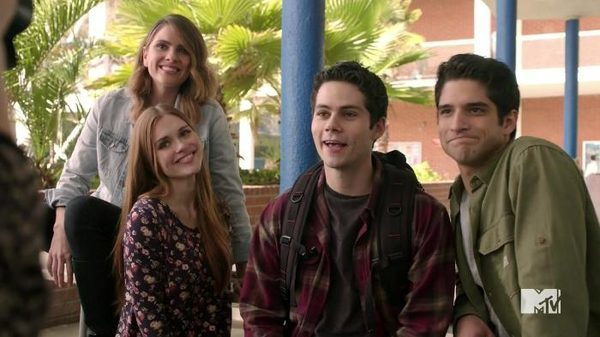 Be careful, this 6B season of Teen Wolf will not be to the liking of everyone … Linden Ashby (Sherif Stilinski) revealed that there would be many deaths. Find out more!

New information has just come down on Teen Wolf’s 6B season and we would have preferred to do without it … At the Saturn Awards ceremony, some actors gave themselves some confidences, and this is the case for Linden Ashby who plays Stiles’ father in the series! The actor has revealed key details about these ultimate episodes, which still remain very mysterious. If the trailer of this season 6B of Teen Wolf announced the color, Linden Ashby reinforced our doubts, and yes the death will be omnipresent … Which characters are in danger in this ultimate season? Discover its shocks!

Linden Ashby gave a brief interview to TV Line and unveiled about Teen Wolf’s 6B season: “It’s a really nice season, but a lot of characters are going to die.” Topics will be really about fear and people Who are going to gather in different camps, but also intolerance. “It touches a lot of things that are pretty current at the moment, I think it will be good. Papa Stilinski also added some details about his character: “I’m going to do something I did not do all the whole season, I’ll fight a little bit. [Stilinski] tries to keep things under control and people It is not easy. ” It promises an intense and explosive sequel! Waiting for new information, discover 3 things to remember from Teen Wolf’s season 6B trailer!