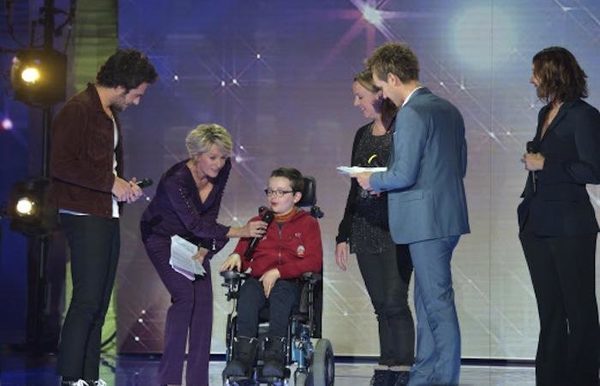 Open this Friday, December 8, the 31st edition of the Telethon ends tonight. Since its creation in 1958, the AFM-Telethon has placed the support of research and the discovery of innovative treatments in the heart of its action. The Association is today a major player in the development of biotherapies for rare diseases. One of the best known is Duchenne muscular dystrophy, a genetic disease that affects all muscles in the body. Children affected by this pathology are progressively paralyzed. They also suffer from serious cardiac disorders.

1 – Only boys are affected

2 – A disease that develops from childhood

The life expectancy of patients with Duchenne muscular dystrophy is drastically shortened from the first symptoms, which arise around the age of 3-5 years on average. The affected muscle which characterize this disease initially affect the motor but will eventually reduce the capacity of the respiratory system and the heart beats. At the age of 13 years, most of the people are in a wheelchair. To 20 years, respiratory support, is necessary. Death, to him, comes to 30-40 years.

Thanks to the donations collected by the volunteers at the Telethon every year, scientists have recently been able to develop clinical trials in order to develop a new therapy to treat patients with muscle diseases are rare, the most famous of which remains that of Duchenne muscular dystrophy. In September 2017, a clinical trial of the”Inserm led by Ana Buj Bello has been done on 4 children. The gene therapy approach developed is based on a single injection, by intravenous, a viral vector, as amended (“vector-product’) containing a functional version of the gene MTM1 of the myotubularine, which is defective in these patients. Previously experienced in the dog, this test had shown a restoration of muscles and motor functions was very encouraging. The trials will continue in Europe over the next few months to care for twelve children aged less than 5 years. The first results should be communicated as early as January 2018.