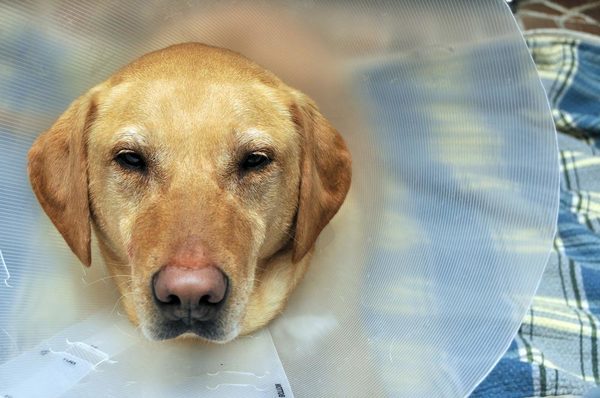 This is the kind of ambassador that the Telethon would have gone well. The association of defence of animals, Peta released a video last Thursday, which looks the same as a result of a claw against the large charity event in favor of research on myopathy and other diseases and genetic orphan. We see Pascaline, a sick achievement of muscular dystrophy, call to stop animal experimentation in the disease muscular dystrophy.

“I have not asked what animals suffer for me,” claims the activist, denouncing in particular the use of dogs for research purposes. Another video, filmed in the lab at the veterinary school of Maison-Alfort and disseminated by the association Animal Testing in 2016, shows golden retrievers with myopathy, visibly ill because of the disease. “If you really want to help the sick, do not give more to the Telethon and fund the scientific research that does not use animals,” says Peta by the voice of the Pascaline.

This is not the first time that the animal take it to the Telethon. In a letter sent to the Telethon in 2016, Peta developed its grievances against animal experimentation. In addition to the ethical issues about animal suffering, she pointed to the limits of the canine model. “It is important to realize that the muscular dystrophy in the dog is not analogous to the one that touches the human,” one can read in them, before a statement of clinical manifestations different between the dog and the human being.

But the scientists working on the muscular dystrophies defend the importance of experimentation on the dog, including the specific sources cited by the association. In a study published in 2014, Mammalian Genome, referenced by Peta to denounce the limits of the canine model, the authors point out that the canine models ” develop a degenerative disorder lethal remarkably similar to the human disease “. And invite you simply to use biomarkers to better characterize the progression of the disease in the dog, for a smoother transition to the man.

The canine model deemed to be reliable

In myopathy, the dog, used to compensate for the lack of genetically modified mice is considered a model very reliable (review in English) by the researchers. Recently, a preclinical trial performed at the Généthon in Evry on twelve golden retrievers opened the way to experimentation in man. It had served to show the effectiveness of a gene therapy innovative, micro-dystrophin intravenously, to restore muscle strength in dogs with Duchenne muscular dystrophy, the occurrence of a natural way.

The canine model has several functions : it first allows to make the proof of concept of the efficacy of a therapy candidate, following its development in the laboratory or in mice. But the clinical testing on the dog or other mammals can also assess the toxicity and determine the range of dosage for use in humans during clinical testing. So many steps required to develop a new therapy, under a penalty to take unnecessary risks vis-à-vis the human.

Researchers annoyed by the “caricatures”

It’s the same for most of the factual argument developed by associations abolitionists such as Peta, Antidote Europe, or Animal Testing. For scientists, the limitations of the animal model, the actual and also well-known, are not sufficient in any case to disqualify the principle of animal experimentation. As pointed out in a forum of 400 researchers recently published in the Liberation, and, denouncing the “caricatures” in the matter, it is illusory to hope to get rid of the animal at the horizon close. Alternative methods – in vitro experiments and computer simulations – are simply not well enough developed. The Telethon was also slotted in a response to Peta in 2016, on the usefulness of the research animal.

So far, the problem is taken seriously by a scientific community increasingly expected at the turn, by a company become sensitive to animal suffering and associations radical and very active. Strengthened since 2013, the ethical framework of animal experimentation is based on the principle of “3 R’s” : replace the animal model by a surrogate model when it is possible ; to reduce as much as possible the number of animals used ; and refine procedures to lessen the pain or the stress suffered by the animals. Already a large program.