The 100 season 5: A surprising theory about the origins of Madi! 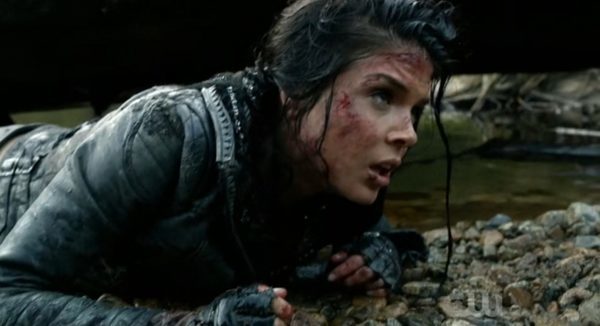 Months before the release of season 5 of The 100, back on the possible origins of Madi.

The weeks pass and the CW helps us to wait with the revelation of the synopsis of the episode 1 of season 5 of The 100. But the months will still be long before we find Clarke, Octavia, Raven And the others. Today we propose you to look at the origins of Madi, the girl who is with Clarke in the epilogue of the last episode of season 4. Once is not custom, it is some members of Reddit Who have speculated and the least that can be said is that their theory is most interesting. It sticks perfectly to the current of the series which, lastly, never ceases to make parallels with the first season.

According to some fans, it was the original ship of the 100 Delinquents that Clarke would have found Madi. Indeed, it can be speculated that the latter is in the only band of Earth that has miraculously been spared by nuclear radiation. After the start of the 100, Madi could have sought refuge there after escaping while the Grounders were looking for all the nightblood for the conclave. It may be assumed that she wanted to escape the conclave, or that her parents told her to flee because, given her age at the end of Season 4, she was still a very young child after the death of Lexa.

Like Octavia, Madi could have hidden herself in the ship when the 100 passed by and she could have survived the apocalypse, notably because of her blood but also thanks to the vessel built to resist radiation. Clarke, the only survivor in the open air after the apocalypse, could very well have returned to the ship that sent her to Earth and find Madi there. It is assumed that the two survivors could then form links and watch over each other. In any case we will probably learn more during the flashbacks and while waiting to know if it is there that Clarke finds Madi, we wondered if Octavia could get pregnant in season 5 of The 100.