The blood donation is vital for the fight against cancer : what does it take to be a donor ? 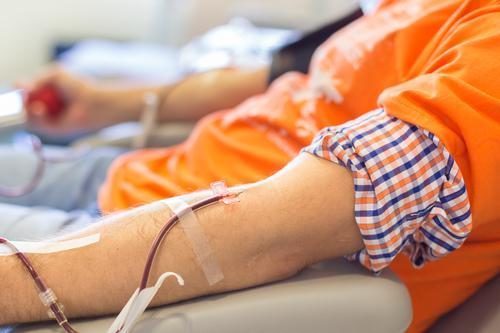 The French Establishment of blood (EFS) said on its website on the occasion of the world Day of fight against cancer this Sunday, oh how blood donations are “vital” for people living with cancer. In fact, “intensive therapy with chemotherapy or radiotherapy to destroy the cancer cells, but also cells of the bone marrow, which are then no longer capable of making new blood cells in sufficient numbers,” explains the website of the EFS. During this period, transfusions of red blood cells may be necessary to combat the anemia, or transfusion of platelets to prevent the risk of bleeding”.

10 000 blood donations per day to save 1 million people

In France, nearly one-third of blood transfusions are carried out in oncology, in particular for persons with lymphoma or leukaemia, diseases that directly affect the blood. In Britain, 50 000 144 000 blood donations a year are for patients with cancer. Overall, “10 000 blood donations are needed every day to treat a million patients,” recalls the EFS. And no other product can substitute for the blood of the volunteers. “It is therefore important, and particularly in this day of fight against cancer, to raise public awareness on the vital role of blood donation in the treatment of patients”.

How to know if one can give blood ?

Unlike other countries, like the United States, blood donation in France is based on the principle of volunteerism, like all organ donations. The ethical imperative, the voluntary donation and free is also a health security : in the country where the gift is chargeable, it happens that some of the donors, motivated by greed, lie at the interview prior to the removal. But if the blood donation is a generous act, it is nevertheless framed by rules set by a european directive, according to the selection criteria of the donors common to all the member States of the Union. In France, this directive is transposed in the form of a ministerial decree.

In practice, it must be aged 18 to 70 years, weigh more than 50 kg and must be assessed during the interview that precedes the gift. After 60 years, the first donation is subject to the discretion of a doctor of the EFS. Specifically, men can give blood up to 6 times per year and women up to 4 times, but it is necessary to respect a time limit of 8 weeks minimum between two donations. Counter-indications related to acts of care, state of health, practices, personal, sexual, stays abroad or the intake of certain drugs and antibiotics are listed on the website of the EFS.

If a volunteer has a history of malaria, has had surgery in the last 4 months, is a carrier of a blood infection (HIV, viral hepatitis…) just to get a tattoo, traveled in an area where it can affect people of tropical diseases in the last 4 months or has had sex for money or drugs during the last 12 months, it will not be able to give blood. This is to ensure the safety of donors and recipients.