The day when … Pretty Little Liars bowed out! 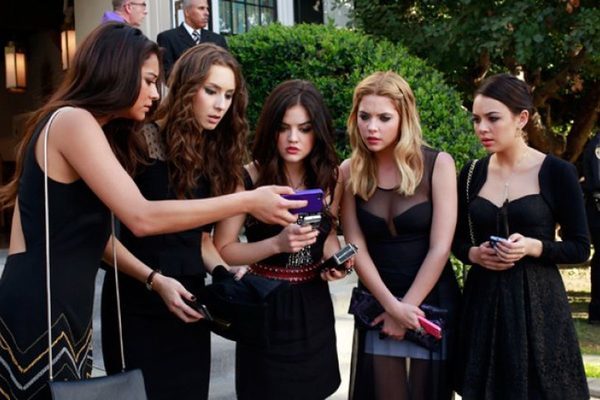 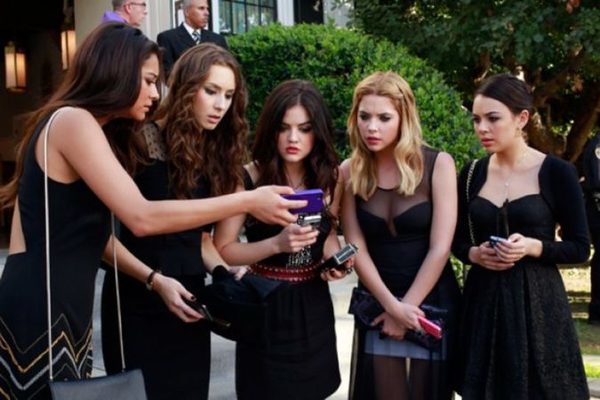 You too, have you watched the final episode of Pretty Little Liars with a naive hope? You were disappointed but you acknowledge that it has recorded real records? Yay!

Hello everyone! At the very beginning of July, I will meet you for a brand new column dedicated to Pretty Little Liars. If I had already taken the time to dedicate a number to the series of Marlene King, it was mainly to tell you how convinced I was that Pretty Little Liars would never stop. But it turns out that I was wrong – or not – since Freeform broadcast the Final Series of its flagship series last Tuesday. And I’m not going to lie to you, I’m not overwhelmed by this end which, in my opinion, comes very late if we focus on the increasingly debatable quality of the episodes. But I agree with those who say that an era is coming to an end. Let us not forget that we have followed the adventures of these five ladies for nearly seven years. Seven years in which we have gone through all the emotions. From extreme excitement to moderate enthusiasm to lassitude and hilarity, Pretty Little Liars has had this crazy faculty to evolve into teeth. At the height of his glory and talent during the first two seasons and then flirting with the very low, the show ended up offering us a double special episode to conclude the stories as epic as wacky heroines.

And as a first-time viewer, I could not help but be disappointed. Basically I think I still had this naive hope that the series could bounce back and enjoy this last straight to offer us very good. But this is not what happened and when we were promised spectacular responses and an intense rhythm, we were lying to ourselves. Because, in reality, the plots began to take off when episode 18 was broadcast. Nothing crazy either, but enough to begin to glimpse the definitive end of the series. Unfortunately, the final episodes have not managed to go further and straighten the bar. To be honest with you, I even had to regularly laugh so much the twists were predictable. Whether it be the particularly cheap decorations, a knife-cut accent, French characters far from French, masks that are still unbelievable, how to have shipped the revelations, the lack of answers or the three final scenes that teased Two different spin-offs and which were anything but surprising, the defects have accumulated.

With this disillusionment in mind, I was not moved by this ultimate episode. Me who is usually in tears for anything and everything, Pretty Little Liars left me marble. I know that many of you now feel orphaned and I assure you that I support you. But I persist in saying that if you have loved the Freeform show then you will literally be transported by references that will forever change your view of things. Between Newport Beach, Gossip Girl, Dawson, Veronica Mars and so on, there were teen-shows that were effective and knew how to put us in all our states. You will now ask me why I have continued the series for all these years and I will answer you.

First, I wanted to know the identity of -A, Big A and A.D. Being of a curious and determined nature, I like to go to the end of things to get the end of the story. Then because I’m an unconditional fan of the couple formed by Hanna and Caleb. And I think it is the love affairs that represent the true trump card of the series. If we continued to watch, sometimes we were passionate about the adventures of Spencer, Hanna and others, it was because we wanted to know how all this was going to end and whether they would manage to have their happy ending anyway. Unfortunately, this is also one of the reasons that led some early followers to drop. They were couples who liked the fans so much that Marlene King wanted to keep them similar from A to Z. How can we continue to be faithful when we grow up on our side and our favorite heroines never leave Do not evolve from theirs?

In any case, Pretty Little Liars will have marked a whole generation. No one has been able to miss out on the phenomenon and it remains one of the reliable values ​​of Freeform. As for social networks, it has been at the top for seven years, even winning the title of “most commented series”. A great victory for a cable channel. And even if some are relieved not to have to wait for a new revelation that would never come, let us admit that Rosewood and its surreal side will miss us a lot.

That’s all for me meltynauts. I would like to say that I respect your opinions completely and that this chronicle represents my own feelings and that it is only my responsibility. I’ll find you on July 16 for a new issue and by then, take care of yourself <3