The day when … Quantico imposed itself like a real thunderbolt! 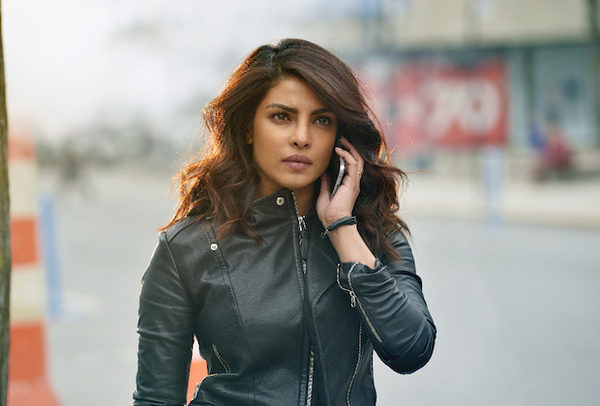 You too, have you been slow to be seduced by Quantico? You are hooked now but you recognize the mistakes of season 2? Great!

Hello everyone! I hope that you are well and that you enjoy your holidays if you are lucky enough to be already enjoying the sun. Good luck to those who work in this summer, I think of you. In the middle of July, I meet you to tell you about my last favorite. And I’m the first surprise to have been seduced by Quantico. When I discovered the trailer two years ago, I immediately loved imagining the show as a Gray’s Anatomy of a new kind. So it was without hesitation that I watched the first episodes. Unfortunately, I was very annoyed not being able to find this little thing that would make me stay. I then gave up in order to concentrate on other series. Yes, but now we are in full summer hiatus, and I will not lie to you: I am already lacking my daily dose. So here I am in front of my screen in order to restore a chance to Quantico. If, like the previous time, I was not excited by the first episodes, what a surprise to discover that I then had a real thunderbolt for the show!

As I explained to you when I confided in my favorite series, I love the kind of espionage. I love the adrenaline of these characters, I like to see them scrambling, getting surprised, experiencing incredible twists and being extremely intelligent. Well, Quantico reminded me of all this. She reminded me how much I had been caught by Burn Notice, Chuck or Nikita. So obviously, there is a very soap side around the series that can not please everyone. But the first season was a real nugget for me and it was a long time since I had not chained a series so fast. To tell you the truth, I really missed it. It is a feeling that transports me and to have found it, it was a real happiness.

Unfortunately, it is difficult to say the same about the second season which has clearly lost on the way. If the first part seemed to know where it went by clinging to the structure of the previous section, it is clear that Joshua Safran saw his inspiration fray as episodes. He probably had not thought about a pattern that would allow him to hold a whole season leading to intrigues that were far-fetched, muddled, complicated, difficult to follow and without any real connection between them. No wonder the hearings did not follow. Very different from the previous one, this second season was terribly uneven.

However, I loved the new characters. Very well chosen, the actors brought a real touch of freshness especially Harry and Owen (am I the only one to have melted for the alchemy of Alex and Owen?) Who were particularly well integrated into the core group. Despite intrigues too predictable to be true and a deconstruction obvious, I keep a special attachment to this series that I think I discovered too late. Because, with the departure of Joshua Safran, many changes are now to be expected. Yasmine Al Massri (Nimah / Raïna) decided to leave and the third season got only thirteen episodes. Personally, I think this is not a bad idea. This may allow him to offer us a new intense investigation without the need to fill in the blanks to hold for 22 episodes. Especially since the new showrunner should bring a new look to the characters and may offer us an extraordinary chapter. We have the right to dream, right?

That’s all for me meltynauts, I’ll meet you on July 30 next for a whole new chronicle and by then, take care of you <3 And you, what do you think of Quantico?