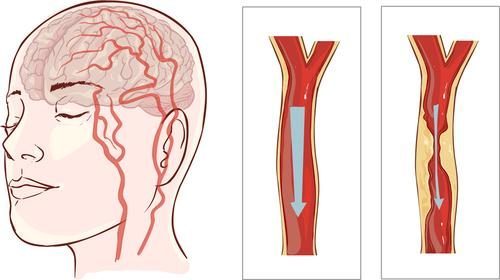 It is by analysing the DNA of multiple members of the same family as the scientists of the Institute of thorax, Nantes, have discovered the gene mutation ANGPTL6 in people who have a brain aneurysm. Analyses were then conducted on other patients, showing abnormalities in the same gene.

A genetic origin and risk factors

An aneurysm, it is the malformation of an artery, which may be compared to a herniation on an air chamber. All the arteries can theoretically present a day this malformation which, in fact, does not affect essentially only two vessels : some arteries of the brain, and especially the abdominal aorta, the largest artery of our body nestled in the depths of our belly. The break is a real clap of thunder in a serene sky. If this occurs in the middle of the abdomen, and the haemorrhage is most of the time the kings. In France, more than 10 000 people die each year of ruptured aneurysm. It is known to track one of the abdomen. We will soon be able to do it also for the brain

Little warning signals before the break.

The arteries are solid, and these “pipes of life” tend to dilate, especially when the blood is rich in cholesterol, which puts a strain on the different layers that compose them ; the pressure form, in its terminal part, an aneurysm. The sufferer does not feel anything, especially that nestled in the depths of our belly, or the brain, the hernia in place to develop slowly, over several years. There are no symptoms that can alert.
Suddenly, because the voltage has increased, because the hernia is too large, or the wall is in too bad a state, the bubble bursts, with the same effect as that of a tire at high speed. This is the extreme emergency, because there is massive internal bleeding. There is very little time to the surgeon for a long operation and heavy, while cold this surgery is much simpler

This is why the results of the research of the surgeons of Nantes, published in the American Journal of Genetics, are remarkable. They have also led to a patent filing, which relates to the time that the cerebral aneurysm : it represents 1% to 3% of the population, which makes a lot of candidate to the accident… But also in the screening. This genetic defect is characterized by the search of a protein in the blood, a test probably easy to develop.
Among the people who will be carriers of this anomaly, it will then be easy to do a brain MRI to monitor, this review is much too expensive to do it systematically.

This is not the case of the aneurysm abdominal you can see, before they gave way. A simple test, non-painful, and cheap, the ultrasound, you can see measure and follow the evolution of this aneurysm to take it calmly the decision to operate.
We can’t do – for economic reasons – an ultrasound scan to everyone, but there is a profile in the aneurysm. In fact, the rule is simple : any man or woman over 50 years of age whose parents, grandparents, brother or sister had an aneurysm, must spend at least one ultrasound screening. It also advises men over the age of 60 and to women of the same age if they are smokers or hypertensive. The issue is simple : an aneurysm of the aorta in two dépistable, which would save each year more than 3000 French. More than all the deaths on the road…

And if we find an aneurysm, it is quite simple, it monitors its progress regularly, that is to say, all the years. If it progresses, we will, either repair the artery, it is a traditional surgery, but that happens in very good conditions, outside the emergency, in someone who is well, is passing through the artery of a leg we are going to wallpaper the artery from the inside. Under local anesthesia.