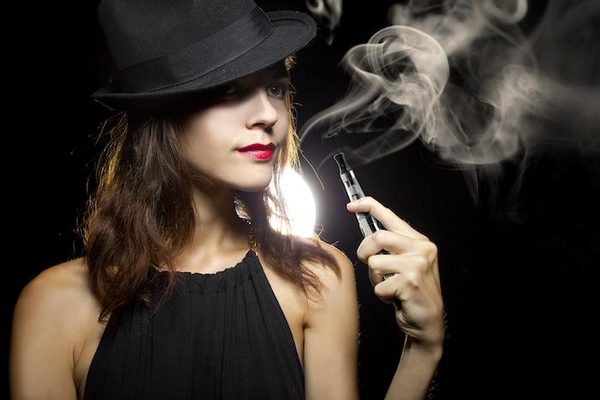 In a study in mice and on cultured human cells, published in PNAS, a scientific journal, researchers highlight the deleterious effects of the vapor of nicotine.
The nicotine abimerait the DNA of the cells of the lung, heart, and bladder of mice, and disrupting their ability to regenerate, which could lead, ultimately, to an increase in the risk of cancer. But the mouse vapoteuses are not really typical of what is reproduced when one uses an e-cigarette to stop smoking, e-cigarette, which is, in the opinion of many experts, much preferable to smoking.
To extrapolate a model experimental system for wear of the assertions of risk of cancer or heart disease is at least one grammatical error. The conditional would be de rigueur. At maximum, I’ll let you judge. Beyond the sensational, it remains the opinion of the experts tabacologues that the e-cigarette, with products controlled by France, remains the most effective and the least toxic to stop smoking. For the cigarette, it kills really.

The vaping is dangerous ?

The answer is maybe. Recent studies suggest the consequences. Cancer and heart disease to the most recent study of PNAS. But it is the deleterious effects on mice or human cell cultures. Recall that studies on earthworms were, in their time, identified the mobile phone as a likely to trigger brain tumors. Research never confirmed, fortunately, in men.
More worrying, the presence of diacetyl, a chemical substance banned in France, present in the liquid of vaping found on the internet, and which cause serious diseases of the lung.

Diacetyl is used in the food industry, particularly in the United States, for the manufacture of popcorn. In fact this chemical gives the food a creamy taste, close to the butter. But its inhalation has resulted in workers lung disease : bronchiolitis obliterans, known as ” disease of the worker from the pop-corn “.
A study published by Environmental Health Perspectives in 2015 revealed the presence of diacetyl in a majority of the e-liquids found on the internet. In fact, on 51 products analyzed, 39 contained at varying doses. For the time being, the researchers do not know at what threshold, the risk of developing a disease of the lungs appears.

The vaping is a real alternative against smoking ?

It is now a certainty, the e-cigarette has saved more lives than all the similar methods, erasers, and other patches. Many studies show this. Compared to its competitors of substitution, the vaping brings also the act of smoking, so expensive to the smokers.
It is also a criticism that can be made : there are now “vapor chronicles” that will never stop vaping. And as long as you vapote, the threat of real cigarette is still present.

The vaping encourages the non-smokers to take the plunge ?

The answer is undeniably, and unfortunately, yes. Probably earlier for future smokers, and especially among people who have never smoked.
The gesture of smoking, the imitation of the ” big “, which is often used for adolescents is the main reason, is considered to be safe by the young vapoteur. However, even if it contains little or no nicotine, the electronic cigarette can induce an addictive behavior, linked to the gesture, which can then lead to smoking : 90% of smokers have smoked their first cigarette before the age of 18.
For scientists, there is a real issue in the understanding of which may promote smoking among young people. A study published in JAMA shows that the alternative products to tobacco among adolescents, such as the e-cigarette, chewing tobacco or snuff, facilitates the transition to smoking a year later. More adolescents use derivatives of the cigarette, the more they are at risk of becoming a smoker later on.
In early January, another study published in the Journal of the American Medical Association showed that young people who vapotent the electronic cigarette are two to three times more likely to become smokers than those who have never smoked the e-cigarette.

Should we be wary of products purchased on the internet ?

The answer is indisputably yes. Some studies show that diacetyl is commonly found in e-liquids bought on the internet as it is prohibited in France. The French Association of standardization (iso) has created standards for the production, a world first.
But on the internet, consumers of e-liquid can buy products that are not manufactured in france. We therefore need to remain vigilant about the origin of these products in order to know the standards in force in the country of production and especially have a good look at the list of components of the product.

The best of attitudes remains abstinence

If the man would stop smoking in a single second, it contributed to make more progress in the field of health as the medical research of the 20th century. Simple… and yet !