The first cigarette is toxic to the arteries : only the withdrawal reduces the risk of heart attack or STROKE 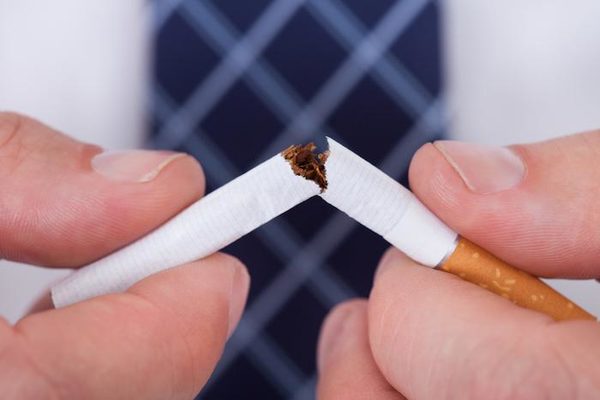 Smoking a single cigarette a day has a much higher risk to develop coronary heart disease and stroke as expected, approximately half the risk of smoking 20 cigarettes per day, based on an analysis of numerous studies published by the BMJ.
The risk would be nearly 50% of the risk from smoking a packet per day in men and third in women.
This result has important consequences for many smokers and health professionals believe that smoking only a few cigarettes per day is not bad. Their recommendation is that smokers should stop smoking for good instead of seeking only to reduce their risk of heart disease and STROKE significantly.

Less than 6 cigarettes, it is for the lung

In terms of tobacco, there is a great variability in individual susceptibility due to genetic and associated risk factors.
For the risk of chronic bronchitis or lung cancer, a linear relationship between cigarette consumption and the risk of being objectified : it has been shown that smoking less than 6 cigarettes per day would be significantly less toxic for the lungs.
It is not the same for the heart, where several studies conducted on individual-level data have shown that smoking only five cigarettes per day is associated with a greater risk intended for cardiovascular disease (infarction and STROKE).

For the heart, it is from the 1st cigarette

To further investigate this question, a team of researchers led by professor Allan Hackshaw, UCL Cancer Institute, University College London, analyzed the results of 141 studies and estimated relative risks of smoking one, five or 20 cigarettes per day.
Compared to the risks observed in men who smoke one pack of cigarettes per day (20), men who smoke one cigarette per day still have 46% of the risk of heart disease, and 41% of that of a STROKE. Among women, those who smoke only one cigarette per day still have a 31% risk of heart disease and 34% risk of STROKE compared to the risk associated with 20 cigarettes per day. A risk much higher than the 5% which would have been able to mathematically expect.

Only the withdrawal reduces the risk

“We have shown that a large part of the risk of coronary heart disease and stroke exists with only a few cigarettes per day “, say the authors. “This surprises probably a lot of people, but there are also biological mechanisms which help to explain the unforeseen risk associated with a low rate of smoking “. Indeed, cardiac studies earlier have shown that the mechanism of toxicity is not the same in the lung than in the heart.
If in the bronchi, it is a mechanism irritatif, each cigarette prolonging the irritation and inflammation of the bronchi of the previous one, in the heart, there is also a direct action on platelets, those small elements in circulating blood that are normally responsible for the clotting. A single cigarette has a tendency to excite the pads and make them hyperactive. All of this leads us to a state of hypercoagulability that increases the risk of a blood clot (thrombus) in the arteries, particularly the coronary.

Therefore, there is no level of smoking safe for the heart disease : the only complete weaning is protective and should be the goal of all prevention policies.