The Flash season 4: DeVoe, actor of Game of Thrones in good position to embody the new Big Bad! 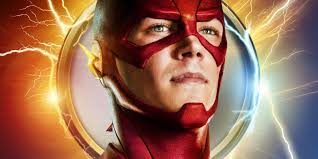 While the season 4 of The Flash will be launched as soon next year on the CW, will an actor of Game of Thrones lend his features to DeVoe?

A big surprise! Yes, the meltynauts, since the release of the Season Final of the third part of The Flash, the spoilers struggle to reach us. It must be said that the shooting resumed only this week and that the actors have, without doubt, no clues about the next season. However, the cast is open to find the one who will win the right to interpret the next Big Bad of the series. And it will take a certain charisma to embody the very first villain who will not be a speedster. While the editor of melty suggested you discover which series DC Comics was the most popular on the CW, an actor of Game of Thrones is currently in a good position to lend his features to The Thinker on the CW.

It was during a convention in Nashville that Miltos Yerolemou, the unforgettable Syrio Forel of the first season of Game of Thrones, confided that he had been proposed to pass the auditions: “I read a script in order to Become the next Big Bad of The Flash and the catch phrase was that the fastest man in the world was going to confront the fastest brain in the world.I do not know if I would have it because He had to learn a text by heart and then recite it. Apparently, this new villain speaks very quickly and is very intelligent. One thing is certain, we would be delighted if he could get the famous role. While waiting for more info, vote every day for the Series World Cup.