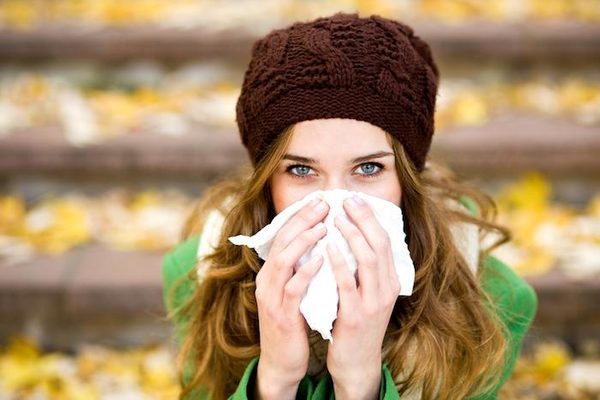 The flu epidemic has already started in France for 2 weeks. In the epidemiological bulletin of Public Health of France of 13 December, the epidemic threshold is exceeded in the Ile-de-France for the past two weeks, with a number of patients, which greatly exceeds the observed mean for the same dates in previous years. The level of influenza activity now involves 9 regions, only the east of France is still spared (Large -, Burgundy-Franche-Comté, Auvergne, Rhône-Alpes and Corsica).

A virus of type H1N1 in metropolis

There are 3 influenza viruses circulating in the metropolis : the virus A / H1N1 (45 %), influenza A (H3N2) (23 %) and B viruses (25 %), but this situation may change with the spread of the epidemic.
The distribution is therefore different from that of last year, where it was the H3N2 that had been responsible for the epidemic : a virus that had led to many complications in the elderly and impaired.
The epidemic of 2016-2017 has been the origin of more than 1,500 hospitalizations in intensive care and nearly 14 400 deaths, mainly in people at risk who were not vaccinated.

In Guadeloupe and Martinique, influenza activity is on the rise and these 2 islands are in the pre-epidemic. In the other islands of the Antilles and Guyana, influenza activity remains at its base level.
At The Meeting, where the epidemic ends after a peak in October (“the flu” is shifted in the southern hemisphere), it is the virus B, which has been mostly outstanding. The epidemic has been considered severe since 61 people have had one form of flu serious that required their hospitalization in the icu, and 14 people died.

The national campaign of vaccination against seasonal influenza, which began on 6 October, will close on 31 January. The Directorate-general of health, health Insurance and public Health France remind us that vaccination remains the best way to protect yourself against the flu and limit the complications.
The vaccine contains two type A influenza found in the virological analysis of patients today, but also that of type B. therefore, It is not too late to get vaccinated, because the protection becomes effective in just two weeks.

How to recognize the flu, and differentiate between a heavy cold

The flu manifests with signs of infection fairly common (fever, fatigue, sore throat, cough, body aches…), but one of the essential characteristics of this disease is that the onset is often abrupt, and that fatigue is often intense (” the sick goes well in the morning and sleeps in the day “).
Typically, the signs of the flu include a high fever of 38.5°-39°), intense fatigue, body aches, diffuse, sore throat, headache and a dry cough and rebellious.
Many respiratory viruses, which are different from the flu, circulate at the same time as the influenza virus in the population. They can cause signs very similar to those of the flu. The abrupt onset of signs (in the day) as well as the great physical fatigue and muscle that accompanies it remain the 2 most characters in favor of the flu.

What are the complications of the flu ?

In adults and young children in good health, the healing is usually done in a week, but fatigue can often linger for three or four weeks. A dry cough may persist for two weeks : it is linked to airway hyperresponsiveness, of the same type as the one that can be found in asthma, but are transient.
In vulnerable people (elderly, immunocompromised, pregnant women…) or having a chronic disease (diabetes, heart failure, respiratory or renal…), the flu is less well supported and complications can occur : bacterial lung infection is serious (or ” pneumonia “), or decompensation, or worsening of the underlying chronic disease (diabetes, respiratory failure, cardiac or renal disease, cystic fibrosis, etc.).
Infants, particularly those less than six months, also have an increased risk of complications. However, as they cannot yet receive the vaccine, they should be protected by their loved ones thanks to “gestures barrier” : segregation at home during the epidemic, and hand are washed and vaccination of the family.

It is possible to protect yourself

During infection, the influenza virus will infect the patient by the respiratory route. Inhaled with the air infected, the virus will be deposited on the cells lining the surface of the respiratory tract : the throat and the bronchi. It will then penetrate and divert the means of production of the cell to his advantage and start to multiply. The release of the virus manufactured in this way leads to the destruction of the cell.

Public health France is therefore recommended to wash hands frequently with soap and water or with a solution of hydro-alcoholic, wear a mask when one has a syndrome (influenza-like illness (limiting the spread of the virus when you cough and sneeze, cover your mouth and nose with your elbow or a tissue if coughing and sneezing, using tissues, in single-use paper and throw it away and limiting contact with sick people.