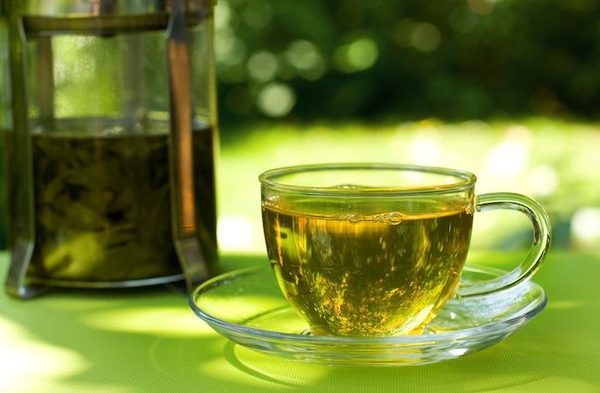 An additional reason to drink green tea. According to a study published in the journal FASEB Journal and conducted on rodents, epigallocatechin gallate (EGCG), an antioxidant that is found in abundance in green tea, would enhance brain health. The study shows that catechin can limit the absorption of fat by the body and thus, reduce the risk of insulin resistance and cognitive decline.

Previous work had already highlighted the benefits of the EGCG in the prevention of several pathologies. This time, the researchers are interested in the potential of this component and on its ability to limit the deleterious effects of the western diet is too rich in fats and sugars, and is associated with a surrisque of cognitive decline and insulin resistance.

The researchers divided male mice aged three months, in three groups. The first was fed according to a standard diet. The second received a diet rich in fats and sugars. The latter received the same diet, but supplemented with EGCG.

For 16 weeks, the team has collected data on the three groups. It has been observed that mice fed with a high-fat diet sweet and had a body mass much higher than the control group, but also in the group that received the same diet and EGCG.

Rodents have undergone a series of tests to assess their cognitive performance. However, those who had received the high-fat diet and sweet had more of a challenge to all the exercises of memory that those who had been supplemented.

According to the researchers, these results suggest that EGCG could mitigate the risks induced by diets too much fat and sugar. The ideal would be, of course, adopt a healthy diet, but let’s be pragmatic. “The usual ancestral of drinking green tea could be an alternative and even more effective than the medicine, when it comes to fighting obesity, insulin resistance and memory impairment,” write the authors. Results to confirm emergency in humans, as they open up outlook.

For many, abuse of the green tea bags or a food supplement containing EGCG would not be prudent. Suspicions weigh on its toxicity on the liver at high doses. Another study, published in the journal Toxicology Letters, returns on these risks in order to attempt to evaluate them. The authors recommend not to exceed the dose of 300mg of EGCG per day to reduce the risk of liver disease related to overconsumption.