The omega-3’s are not very effective against cardiovascular diseases 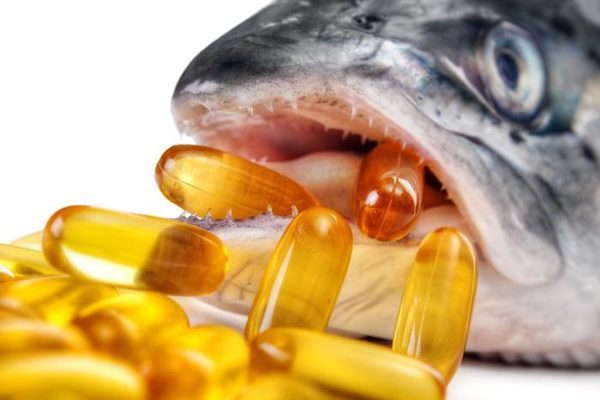 In a new study, published in the journal JAMA Cardiology, the researchers analyzed data from 10 clinical trials with a total of 77 917 patients who have had a heart attack or a STROKE or other health problems such as diabetes. The majority of the patients had been randomly selected to take it for at least a year, or supplementation of omega-3 fatty acids, or a placebo.
The analysis of these studies shows no significant beneficial effect of supplementation with omega-3 fatty acids vis-à-vis the prevention of complications of cardiovascular disease in general or vis-à-vis a sub-type of cardiovascular disease or a sub-group of patients.

Overall, the participants were 64 years old on average at the inclusion in the trials and they were followed for an average of 4.4 years. Most of the trials in this analysis were related to different doses and combinations of two acids omega-3 : EPA (eicosapentaenoic acid) and DHA (docosahexaenoic acid), which have been taken for one to six years.
During follow-up, 2 695 people (3.5 per cent) died from cardiac disease, 2 276 (2.9 per cent) have had a heart attack, non-fatal, 1 713 (2,2%) had a STROKE and 6 603 (8,5%) have been treated by angioplasty to re-open clogged arteries.
Even if taking supplements of omega-3 seemed to be associated with a risk slightly lower heart disease-related death, myocardial nonfatal and coronary heart disease, the differences between groups supplemented or not for all of these events were too low to exclude the possibility that they are due to chance.

To eat or not to eat omega-3

The American Heart Association recommends eating at least two servings of fish per week or consider supplementation of omega-3 fatty acids when this is not possible.
Earlier studies had established a link between the intake of omega-3 and a reduction in the risk of heart rhythm disorders, high cholesterol, atherosclerosis and blood pressure. In this study, the risks are the same, that people take or not supplements omega-3 fatty acids and it does not support the current recommendations of the American Heart Association.
A limitation of this new study, however, is the great heterogeneity of the types of studies reviewed and the scant data available on factors that may modify the cardiovascular risk : smoking, associated diseases, and especially treatment intercurrents.
In particular, the absence of data on the treatments taken by the patients is very troublesome because it is clear that if the effect of omega-3 is modest, it will be completely invisible in case of association in the decision of highly effective drugs such as statins or anti-hypertensive drugs.

In the end, even if in this study, the evidence is lacking to assert that supplementation of omega-3 fatty acid protects against heart disease, they are inexpensive, with no serious side effects and may have other health benefits (memory, cognition, etc.). They can therefore be used as an adjuvant treatment to the referred cardiovascular.