The Originals season 5: Nina Dobrev soon back to play a new doppelganger? The WTF rumor! 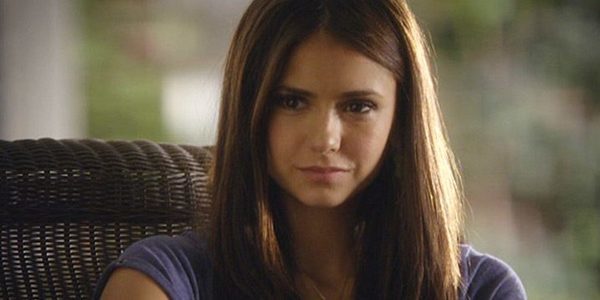 Can Nina Dobrev be back in season 5 of The Originals to perform a new double Petrova? This is the WTF rumor of the week!

Recently, the interpreter of Elijah Mikaelson, Daniel Gillies, told us all about his character, the end of the series and what was reserved for us in season 5 of The Originals. Klaus’ brother will have changed when we find him in the new episodes of the vampiric show. Indeed, Elijah has erased his memory and does not even remember his family! The other Mikaelson are obliged to live as far as possible from each other so as not to put Hope in danger because each one carries within him a part of the spirit of the terrible Hollow. As for the daughter of Klaus and Hayley, she joined the school of magic of Alaric and Caroline in Mystic Falls. This may be the occasion to see familiar faces of The Vampire Diaries but not only! Nina Dobrev, the interpreter of Elena Gilbert and the double Petrova, could return in season 5 of The Originals in the guise of a new doppelganger. Is it really possible? This is the WTF rumor of the week!

According to Korea Portal, Nina Dobrev would be back in season 5 of The Originals not to play Elena or Tatia but to embody a new double Petrova. The actress would appear in episode 5 of the new spin-off season of The Vampire Diaries. If you are already jumping for joy, this is unfortunately a completely unfounded rumor … or rather that has a train of delay. Indeed, the site announces that Nina Dobrev will be back in the episode aired on November 3, 2017. However, season 5 of The Originals will land in 2018. Rather strange no? In fact, Nina Dobrev had appeared in episode 5 of season 2 of the series which had aired on November 3. The site was therefore wrong in season! Also, if Nina Dobrev were to come back to The Originals, we imagine she would rather play Elena now that Hope is in Mystic Falls. It would make much more sense! However, if this rumor is false, this does not mean that the actress or another member of the cast of The Vampire Diaries will not join soon season 5 of The Originals. While waiting to learn more, discover the confidences of Nathaniel Buzolic about Davina, Kol or Freya! And you, would you have liked to find Nina Dobrev in the vampiric series?