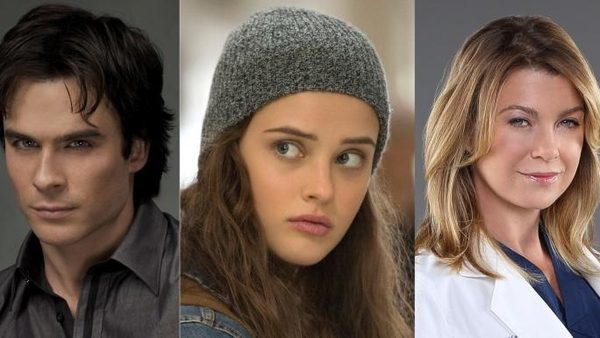 The Walking Dead is the favorite of the 2017 World Cup! But who could dethrone her? Gray’s Anatomy, The Vampire Diaries and 13 Reasons Why are sure to steal the show!

This week, it’s the quarterfinals! The Walking Dead, Gray’s Anatomy, Riverdale, 13 Reasons Why and The Vampire Diaries are still in competition. The matches are obviously even more intense than in previous stages of the 2017 World Cup. Among the competitors still in contention are last year’s vice-champion, The Walking Dead. The post-apocalyptic series is the favorite of this tournament because its main rival, Game of Thrones, is not competing this year. The HBO show has not yet been released and is part of the summer series. Nothing seems to worry Rick Grimes! His path to the final and victory seems already all traced. But beware, Gray’s Anatomy is also one of the giants of this 2017 World Cup. As for The Vampire Diaries, she plans to win the tournament for her very last participation. For his part, 13 Reasons Why has been sparking since the start of the competition. So can Damon, Meredith or Hannah steal the show from the hero of The Walking Dead?

Recently, you were told 13 Reasons Why was off to beat The Walking Dead. Indeed, during the first round of the 2017 World Cup, the Netflix show was simply amazing! Hannah Baker put her opponents completely K.O and seems to have many fans behind her. The little news of the competition has broken many records and could well deprive The Walking Dead of victory. But for now, the AMC series is fighting The Vampire Diaries in the quarterfinals. The Salvatore are planning to take their revenge on last year and are ready for anything to win the title of “Best Series of the Year”. The teen shows cardboard at this tournament as well, it would not be surprising to see our favorite vampires deprive The Walking Dead of the semi-finals. Gray’s Anatomy returns every year, stronger and more motivated than ever. Without Game of Thrones to shade him, Meredith wants to take the challenge to compete against Rick Grimes in order to show that she is the best. Finally, let’s not forget Once Upon A Time! ABC’s fantastic show won twice the tournament. After a real humiliation last year, Emma Swan will not let go! These are not zombies that will scare Oncers. The Walking Dead should watch his back!