The Walking Dead Season 8: A first official poster to celebrate the 100th episode of the series! 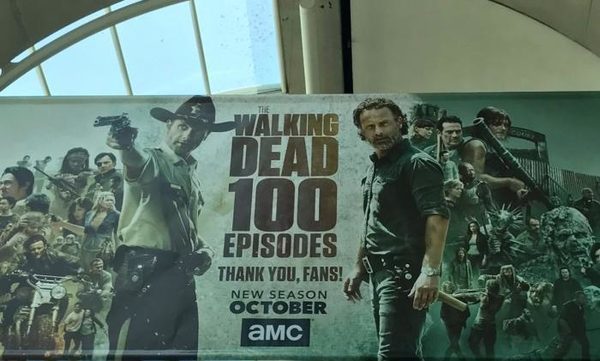 The whole team of The Walking Dead will meet at the Comic Con in San Diego to present their season 8. A new poster was unveiled on the occasion of the 100th episode!

The excitement seizes us as the San Diego Comic Con gets closer! In just 4 days, we will have all the necessary information on our favorite series. We are looking forward to the team of The Walking Dead who will of course be present at this unavoidable event, July 21st. At the rendez-vous, the trailer of season 8 as well as the date of broadcast AMC show. For the occasion, the prod of The Walking Dead has unveiled a brand new poster that will make you inevitably a little nostalgic!

All the characters who crossed the road from Rick Grimes, from season 1 to season 8, find themselves on the official poster of the new season. The American channel wanted to celebrate the 100th episode of The Walking Dead, which will be the first episode of season 8, unveiling this new poster on the premises of Comic Con. To see it, one realizes well the way that the characters have traveled since the beginning of this adventure! But this one is not finished yet: the war will be raging in the 100th episode of The Walking Dead, which we are eager to discover this fall on AMC.