The Walking Dead season 8: Will Daryl disappoint us in the sequel? (SPOILERS) 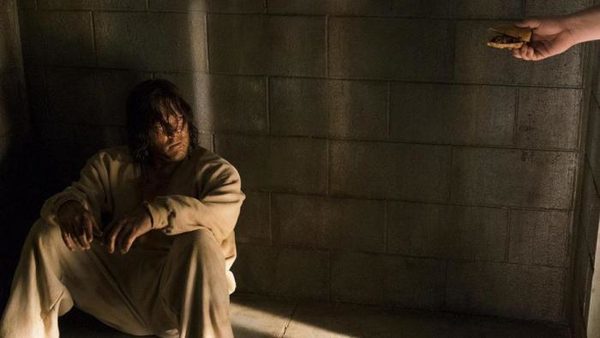 A few months before the release of Season 8 of The Walking Dead, back on a possible change for Daryl Dixon.

Autumn comes closer and while we were wondering about the possible death of a character in the season premiere of season 8 of The Walking Dead, it is Daryl that we will speak today. Watch out for the spoilers on the comics in the sequel. As the fans know, Daryl Dixon was created by the writers and his character does not exist in the comics. On the other hand, that of Dwight is indeed present, and it has more or less the same intrigue that we have seen so far in the series. But what has been seen also for the moment is a Daryl always very stubborn, fairly resentful and not easily forgiving. Only the arrival of Dwight could complicate things a little.

Dwight was the one who tortured Daryl during his stay at the Sanctuary, but it was also the man who abused his confidence to steal his bike and let him die in the woods at their first meeting, not to mention the Death of Denise. In other words, Daryl’s anger was legitimate when Dwight returned to Alexandria with Rosita, and her desire for vengeance is well understood. But could not this animosity put their survival at risk in the future if Dwight is led to collaborate with Rick and the group? Indeed if the series continues to follow comics, Dwight should give them more and more information about Negan and the Sanctuary. But will Daryl be able to accept this collaboration? Seeing him return his jacket to accept the information from Dwight could go against the character we saw build for several seasons.

Even though he probably will not have a choice, we saw how much Daryl wanted at Dwight at the end of season 7 of The Walking Dead and seeing him then working with him could highlight some inconsistencies of characters. Obviously Daryl knows that the most important thing is to beat Negan at any price, but to see Dwight as an ally would seem strange and uncoherent. It is assumed, however, that Daryl would disappoint us more by refusing to cooperate if we were to put others at risk rather than by departing from his usual behavior. It is hoped that this collaboration will be well brought in the series so as not to decide with the Daryl Dixon we know. While waiting to find out, you can vote every day for The Walking Dead HERE and on Facebook!