The Walking Dead vs. The Vampire Diaries: Can Elena Gilbert surpass Rick Grimes? 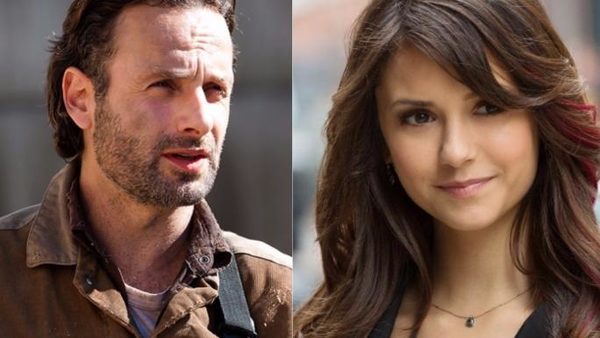 It’s a giant battle that is coming up as The Walking Dead and The Vampire Diaries meet this week for the quarterfinals. But who will win this battle?

Two emblematic shows! Yes, the meltynauts, we finally know which series have qualified for the quarterfinals. If some of the favorites said goodbye to us at the end of this second week of competition, The Vampire Diaries and The Walking Dead both won their ticket for the third leg of this extremely competitive tournament. And the least that can be said is that the fight promises to be particularly tight as both series are supported by communities of faithful fans and able to lift mountains to enable them to win the supreme title. But who has the most chances of reaching the semi-finals?

At first glance, it must be admitted that The Walking Dead seems very well placed to go far in the adventure. Great favorite of this competition, she proved that she could win in front of shows that made the buzz this year. Stranger Things has done the expense! But it should not be forgotten that the seventh season of The Walking Dead has greatly disappointed fans and that the latter could decide to offer their vote to The Vampire Diaries who currently lives its last World Series. Especially since the last season of the CW’s flagship show has woken up to give us a Finale Series at the top. To save TVD or TWD, you only have to vote each day, your favorite characters count on you!