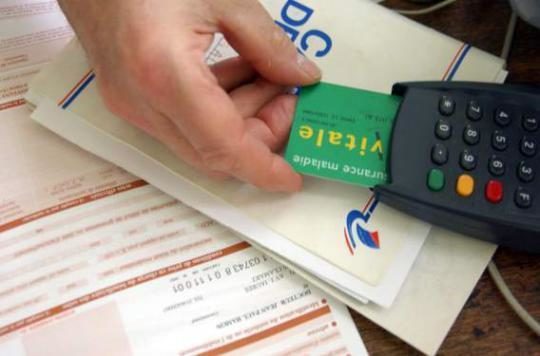 They are dragging their feet, pout, are fighting back. The doctors and the third-party payer, it is a complicated story that is taking place. During the debates leading to the adoption of the act relieving the patient of the fee in advance of consultation, a number of practitioners and trade unions had called for civil disobedience. Obviously, the call was followed by acts.

A Limoges, doctors, liberals have attracted the wrath of their Caisse Primaire d’assurance Maladie (CPAM), reports the Daily of the Doctor. It blames them to realize too little acts as a third party payer, for patients who have yet right.

Less than 10% of third-party payment

In fact, since January 1, 2017, the patients in the ALD (affection long-term) and pregnant women, may claim to the third party payer. Thus, they do not advance the costs of the consultation. But some professionals do not, apparently, of this ear.

Thus, a physician has received a letter advising it that “less than 50 % of [its] patientèle having the right third-party payer has benefited,” says the medical journal, which contacted the CPAM. Some doctors would not even 10 % of third-party payer for insured persons who are entitled to it.

The CPAM is conducting a campaign of letters to the healthcare professionals of Haute-Vienne recalcitrant, can we still read in the pages of the Newspaper. The Insurance wants to “inform” doctors and encourage them to change their practices ” in order not to deprive patients of their right to a third-party payer “.

Persuade rather than punish

The act does not provide for sanctions against physicians rebels who would not apply the third-party payer. Health Insurance is more focused on the pedagogy and persuasion.

Since January 1, 2017, the third-party payer can also be offered to all patients, but it is not a mandatory. It will become a right for all on December 1, 2017.