Thor Ragnarok: The shooting resumes only a few months before the release! 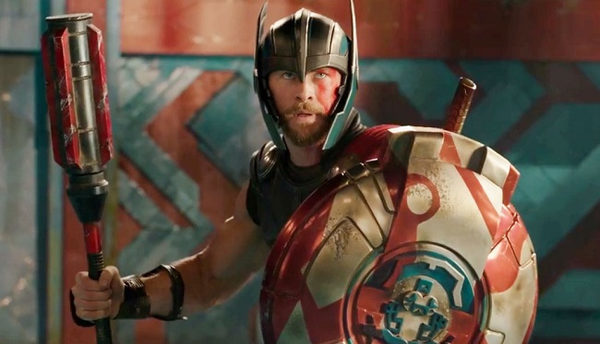 The teams of the highly anticipated Thor Ragnarok are back on the set for some extra scenes!

Back on set! While the official end of the shooting of Thor Ragnarok took place several weeks ago, the film team is back in Atlanta, Georgia, to film some extra scenes. A minor resumption since this should last only two days, proof that the director Taika Waititi is satisfied with the main production. For the occasion new extras are sought, especially Caucasian men, physically fit and very muscular at the arms. If you match the description do not wait any longer! No big changes for the actors who are already in the corner for the shooting of Avengers Infinity War which should end at the same time of the month and in which we should find Chris Hemsworth, Tessa Thompson and Tom Hiddleston.

For now only a trailer of Thor Ragnarok has been unveiled, but new images should be shown at the San Diego Comic Con 2017 or the D23, the convention organized by Disney each year. The third film of the hero of Asgard will be the last Marvel to be released in 2017 and it really looks like the film of all the changes for the son of Odin, but also for the franchise devoted to Thor who for the occasion Changed look. We hope to have some pictures of these new scenes shot, but in the meantime, we will reveal who would win the fight if Thor and Wonder Woman clashed!