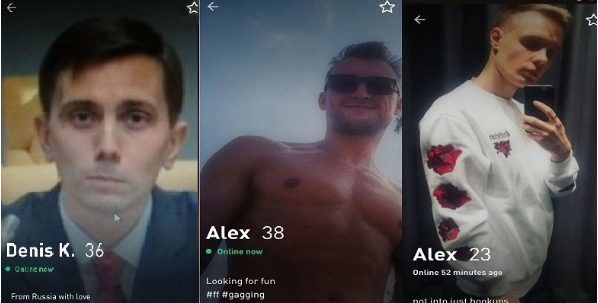 I’ve grown up and I live now in the country where gay people are treated the same way as straight ones. Here you can often see two men or two girls on the street hugging or holding hands. It disturbs nobody, and moreover, nobody even pays special attention to it.

One can easily find in the Internet the list of countries where homosexuals are not welcome. And in order to understand what really happens out there, I’ve decided to find on a dating website guys from three countries specified in such lists as the most intolerant: Turkey, Singapore and Russia. I texted them, explained who I am and asked to answer my questions. I must say I was surprised and shocked with the answers I got. I didn’t imagine that everything was this bad. Almost nobody wanted to give a public interview. I post the answers of the guys who have allowed me to do it. Thank you for your courage and honesty.

We have certain difficulties with that here. There is no criminal liability, of course, like in the UAE, for example, but still it’s very hard to meet somebody. There are clubs where gays go out to, but the owners keep things quiet. Because many people still behave agressively towards homosexuals. Such concept as “gay club” simply doesn’t exist. Even if there is the club which is conditionally considered of that kind, people of “traditional” sexual orientation still can come there and put up a fight if they realize that here are a lot of gays in the club. So, it’s much safer on the Internet.

Where does this attitude towards gay people in you country come from?

From religion. In Islam it is a sin. Plus conservatism. I actually am lucky, I live in Istanbul. The city is  trying to at least look like European capital and that’s why people become more tolerant even if they don’t want to. But still even in Istanbul no gay will ever hug his partner in public. It’s all only behind closed doors and dark curtains.

I don’t know). We’ll see. I don’t mind having a nice time with a hot stranger, but I am opened for serious relationship, too.

I haven’t thought about it

Do you want to have children?

Haven’t thought about that, either.

We have no way to meet somebody except on the Internet. I live in Siberia, in the city with population of half million. I tried to meet people in real life few times, but all this ended up real bad. About such peopl like me the rumors start rolling sooner or later and  there are always fans of “joking”. They call it “I’m going to show you the right way to use your asshole”.

Where does this attitude towards gay people in you countrycome from?

It have just always been this way. After the Soviet Union’s collapse it became a little easier, I guess. But now they started to “tighten the screws” all over again. There was this law issued against gay propaganda, you know. By the way, it says about what is propaganda so slurred that in fact a lot of things can fall under this law. So you can’t do basically anything openly.

It’s really hard for me to imagine how it’s even possible to be a gay couple in Russia. I want to go some place where I won’t be so afraid to get stabbed with a knife or hit in the head with a bat just for the fact that I’ve been sleeping with a wrong person.

Yes. At the end of last year I went to Lisbon to learn precisely what documents are necessary for non-citizens of the country to get married there.

Do you want to have children?​

I already have. And I’ve done everything so that my child was born in Florida, the USA because I don’t want my children to suffer from the same things I did.

It’s just easier this way. You can’t just come to some random guy on the street and say: Hi, dude. You seem cool, let’s go out. I’m kind of shy). We have the clubs, of course, but it’s so frivolous there. For one-night stands only.

Where does this attitude towards gay people in you country come from?

This is our historical heritage from the British legal system. We have a law forbidding same-sex relationships. And actually, if we speak about lesbians, then everything is legal, but for gay men, it’s not. But this law only remained in force on paper. Sure, nobody is sent to prison. Still, all the same, nobody shows their feelings just like that, on the street.

Yes, I would love to have serious relationship.

I would, so much! In our country family is one of the main vital priorities. I want to find my soul mate and go through life with him.

Do you want to have children?