Tiger mosquito : the city of Grenoble is calling the population to action 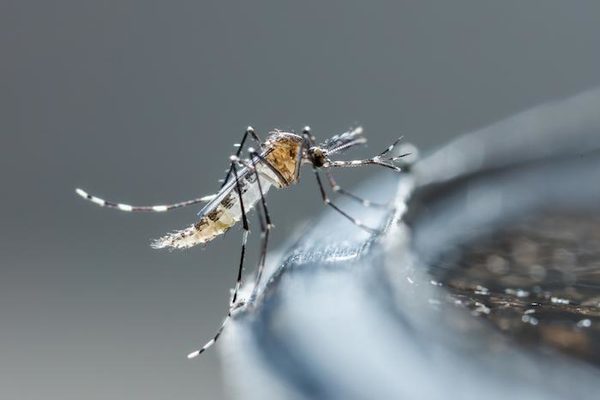 The tiger mosquito is already well established in France, since its introduction on the territory in 2004. Now present in 33 departments, vector of several diseases including dengue fever, Chikungunya, and Zika, Aedes albopictus represents a threat to the French. “The mosquito that bites you is born in you or near you ! “reminds us of the town hall of Grenoble, in a press release that aims to remind the gestures to control its spread.

“The tiger mosquito is developed mainly in urban areas, in small amounts of water, and moves little during his lifetime (100 m around her place of birth) “, is reminiscent of the town hall. Therefore, it is appropriate to learn how to identify : the insect is coloring contrasting black and white, very small in size and especially harmful. Their bites mostly occur outside the home, during the day, with a peak of aggressiveness at the break of day and at dusk.

Repellents are not enough

To fight against its reproduction, “it is necessary to remove the spawning grounds and resting by simple gestures : the anti-mosquito products (insecticides, repellents) are not enough : deprive them of water,” ordered the mayor.

The local authorities call on residents to remove potential breeding areas, that is to say, any stagnant water at home and around. They advocate maintaining the outdoor spaces, removing the dead leaves, empty vases, saucers of flower pots or fill them with damp sand, delete, or emptied on a regular basis the small containers that can hold water in the gardens.

To avoid the formation of stagnant water, it is advisable to cover the drums of rain water collection, with a mosquito net or a fine cloth, return the watering cans, to provide a sufficient slope so that water does not stagnate in the gutters, and shoveling to ensure the proper evacuation of rain water.

Finally, it is advisable to store out of the rain all the preparations can contain water : tires, plastic sheeting, children’s games, garden, garden furniture, feet for umbrellas…

“These simple actions effectively reduce the risk of the presence of a mosquito close to home. They are essential to limit the proliferation of mosquitoes and to protect your people…”

The town hall insists : “the whole population can participate in the fight against the tiger mosquito. It is an act of citizenship which allows you to supplement the actions of the different services “.

The tiger mosquito is rampant more than ever around Grenoble. Several communes of the agglomeration have recently had to call on the experts of the Entente Interdépartementale Rhône-Alpes mosquito control to come to the end of the small insect tigray. In the Var, the first two indigenous cases of chikungunya have been detected in the month of August.