Towards a debate to widen access to medical aid to die 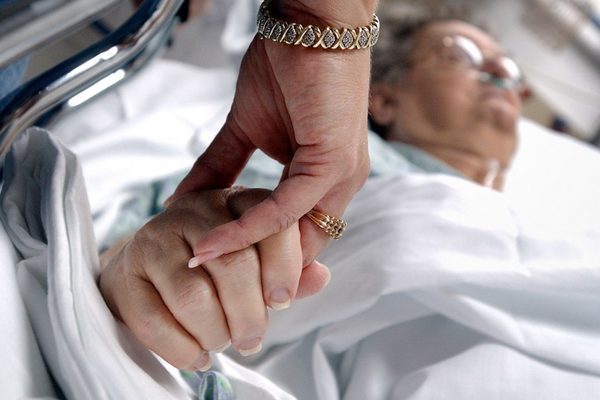 Quebec Minister of Health and Social Services Gaétan Barrette is open to debate on expanding access to medical aid to die as requested by the opposition.

In a press conference on Thursday, the caquist deputy Francois Bonnardel gave a poignant testimony on his mother with Alzheimer’s disease for about fifteen years. She is not eligible for medical aid because she can not express her consent. Mr Bonnardel believes that “the company is ready to have a debate”, in a parliamentary committee, on the possibility of requesting it in advance, in the event of a possible inability.

“I am persuaded that if my mother had seen herself in the state in which she is now, where she no longer lives, where she is imprisoned in her body, no longer smiles, no longer recognizes me, She would surely have said to me: “You will have a mandate of unfitness for my life one day, I trust you, I trust the doctors,” he said. Three years ago he would have been incapable of performing his mother’s will, but that is something else now. If this had been possible under the law and if she had made an early request for medical help to die, “I would have been ready today that my mother … well, it’s hard to say , But …, “he said, his voice choked with emotion. He took refuge in a corner of the press conference room, turning his back on the cameras. He left the scene with his eyes in the water.

The debate on the limits of medical aid to die resurfaced with the story of Michel Cadotte, accused of the unpremeditated murder of his spouse Jocelyne Lizotte, who was suffering from Alzheimer’s disease. She had seen her request for medical aid to die refused because her death was not imminent and her consent was impossible, according to relatives.

Gaétan Barrette “does not close the door to a debate” on “the anticipated medical directive that would allow medical aid to die”. He argues that Bill 52, introduced by the Péquiste Véronique Hivon, but adopted under the Couillard government, “was and remains the lowest common denominator.” “I am quite comfortable that the debate continues in a neutral and objective manner,” he said.

“Is the door closed?” Certainly not. Should it be opened in a full and complete way now and quickly and engage in a (parliamentary) commission? Can we take more than a press fray to think about the matter? “He told reporters.

For Véronique Hivon, the demand for medical aid to die is a “complex” issue, but “we can not avoid the debate, and the debate must be done.”

The subject had been discussed before the parliamentary committee “Die in dignity” and a working group led by the College of Physicians had examined it, but “it was concluded that there was no consensus”. Mrs. Hivon had therefore not provided for the measure in her bill, in order to increase the chances of adopting her piece of legislation. One-third of Liberal MPs voted against the bill under its current version, she said.

Ms. Hivon gave an example of the complexity of the subject: it may be difficult to determine when a person is returned to the demerit situation she foresaw by giving the anticipated green light to the medical aid to die.

The current legislation raises another issue, she added. A person able to give consent, who has an incurable disease and who is at the end of life, can get medical help to die. But a person suffering from Alzheimer’s who finds himself in the same situation, and therefore with the same suffering, can not obtain it because he is unable to express his consent.

Amir Khadir, a member of the Quebec Solidarity Council, is also a medical doctor. He is also in favor of a parliamentary committee endowing an initiative mandate on expanding access to medical aid to die. “We need to open the debate on how we organize so that people who are in a situation of mental illness or dementia, who are not able to consent, can still receive the best care. And the best care means that when suffering is too great, irremediable, when one has reached a point of no return, if there are people who need help (to die), We must help them, “he said.

In Ottawa, the Office of the Minister of Health, Jane Philpott, indicated that the Trudeau government has already undertaken a review to determine whether the scope of the Federal Medical Assistance to Die Act should be expanded in June.

Last December, the Liberal government retained the services of the Council of Canadian Academies to assess whether applications should be accepted by mature minors, allow individuals to submit advance applications and evaluate applications that Are made in cases where mental illness is the only health problem.

The Trudeau government, in passing this legislation, which gives patients with incurable diseases the right to seek medical assistance to terminate their lives to the extent that their death is “reasonably foreseeable”, agreed to undertake a review Of these delicate issues over a period of 180 days, it was pointed out in the Prime Minister’s office.