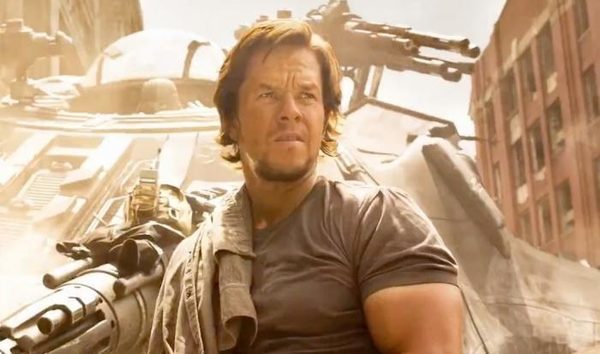 Cade Yeager is back in Transformers 5: The Last Knight! And he is again incarnated by Mark Wahlberg, who kindly answered some of our questions!

And yes, it happened, with its shiny robots and action scenes full of noise and fury! Transformers 5: The Last Knight has landed today in our dark rooms, bringing with him his sympathetic Autobots but with well-tempered characters (eh, Hound?), His Decepticons much less warm and his human heroes tossed as their Dantesques clashes . And, above all, this fifth installment allows us to plunge into the mythology of the Transformers – which is one of the reasons to go see the film ! – by telling us their past, from the time of King Arthur to the present day through the Second World War. Fortunately, in the midst of all this and all this unbridled action, there is Cade Yeager, the hero of the previous opus, back to save the world . Literally. Mark Wahlberg takes up the role of the inventor, confronted with a universe that he has tame but whose mysteries he still does not know. On the occasion of the release of Transformers 5: The Last Knight , the editor of melty was able to talk with the actor on this second experience in the saga!
Transformers, mark wahlberg, cade yeager
Cade must save the world with the help of the Autobots!
This is the second Transformers movie you make. What convinced you to come back?
Michael Bay! The first time I worked with Michael Bay, it was on the movie No Pain No Gain and I had a great time. We had enjoyed working together, so he asked me if I wanted to join him and play in the next Transformers . We shot The Age of Extinction and after that we made The Last Knight .
What was your experience of filming, compared to the previous Transformers? Has it been very different?
Yeah, well, I mean, I knew what to expect. I knew it was going to be even bigger, harder. You know, I was getting older, and it was physically more demanding. Michael Bay likes to be really involved, to do stunts and stuff. But I knew what to expect.
You’ve worked with Michael Bay three times now. Did your collaboration evolve during these three films?
Yes, of course, now we know each other well. He trusts me completely and I have total confidence and faith in him. He lets me do a little what I want to develop my character and to own it. We understand each other very easily, he just has to take a look at me and I know that means that I can let go.
You said that Michael Bay wanted you to do some of your stunts yourself. Can you give us some examples?
Everything we do in the film, we do it partly ourselves at one time or another. We have harnesses, spinning-rooms, I also made this waterfall with the drone that flies … All that, we do it.
In Transformers 4, Cade was motivated by the idea of ​​protecting her daughter. Now that she’s gone, what motivates her? How has his relationship with the Autobots changed?
His faith in Optimus has not faltered, even if Optimus has gone over to the dark side. And I think he’s always motivated by the idea that whatever he does he does for his daughter and for good reasons. Let him do what is right. I think for him to go on the run and leave his daughter behind was for his own good, so that she could reintegrate into society and live a normal life. And when he finds himself projected into this whole new universe, he tries above all simply to do what is right. He is a very noble guy but he also prides himself on being smart and respected. And when he finds herself projected in all these different situations with the character of Laura [Haddock], it gets really funny. What do you think of the character of Mark Wahlberg?