United Kingdom : the ECHR permits the discontinuation of care on a baby 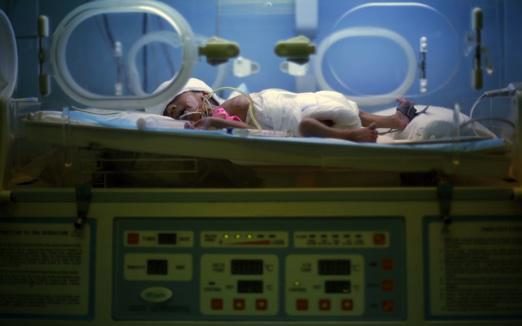 The little Charlie needs to be ” unplugged “. The european Court of human rights (ECHR) has authorized this Thursday, the end of the retention life of a baby suffering from a rare genetic disease and whose vital prognosis is engaged. The court had been referred to it by parents who wished to continue with the care of their children and had suffered rejection in their countries, in the United Kingdom.

Indeed, the british courts have allowed the end of the artificial ventilation of the child, giving reason to the hospital where he was treated, Great Ormond Street Hospital in London.

The medical teams of the institution, wished to put an end to the artificial ventilation of the child and provide him with palliative care. Two judgments have confirmed this decision, that the parents have tried to break it by the Court, in the hope of going to care for their child in the United States.

In June, the uk High Court has confirmed the decision of the courts, arguing that the prospects of healing of the child were low and that the extension of a treatment without a positive outcome realistic was only to continue the suffering of the baby. Specialists surveyed in this part of this remedy have said that the experimental treatment would not help Charlie, who is incapable of breathing on her own or move her arms and legs due to a rare inherited problem and brain damage.

Before the ECHR, the parents had argued that the judgment of the british Court, deprived illegally of their child’s freedom to go to the United States. In its final judgment, the European Court said it had approved the way in which the british courts are seized of the case. She has ordered the suspension of the interim measures taken pending the final judgment.