Valerian: A dazzling and vertiginous space-opera, our critic! 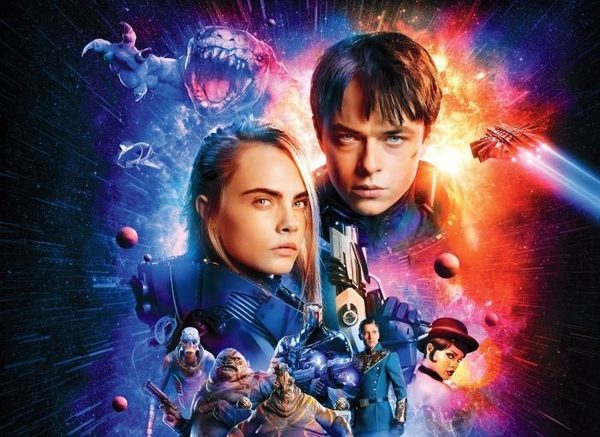 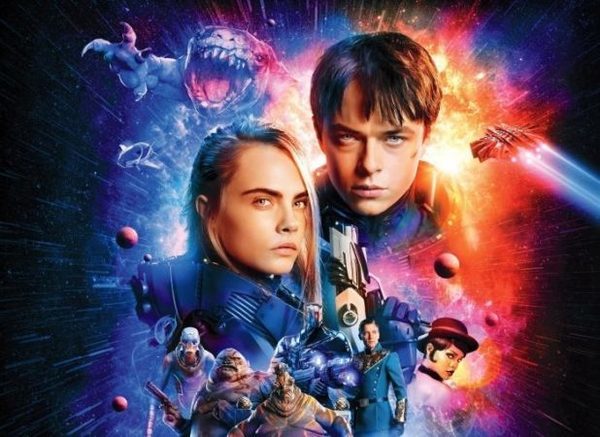 Valerian, the new film by Luc Besson, arrives next week in our rooms in great pomp. Here is our criticism of this visually unpredictable space-opera!

If you’re a bit of science fiction fans, and even if you’re not, you’ve inevitably heard of Valérian, Luc Besson’s latest film. And there’s a good reason for that. Adaptation of the comic strip Valérian and Laureline, by Pierre Christin and Jean-Claude Mézières, Valérian is simply the most expensive film in the history of French cinema. And is a real bet for Luc Besson, who dreamed of adapting the work for decades, well before he even began to work on The Fifth Element. Carrying out such a science fiction film, which does not rely on a well-known franchise, is in itself a big risk. Especially Valérian and Laureline would have served in part as an inspiration to a certain George Lucas … But that does not matter, Valérian, whose last trailer had intrigued us, plunges us into the story of Valérian and Laureline, two Agents of the future in charge of recovering a certain invaluable resource and protecting it from covetousness. In doing so, they will uncover a large-scale military conspiracy that takes place at the very heart of Alpha, the famous City of the Thousand Planets …

So, yes, it’s true the scenario of Valerian does not break three legs to a duck and does not frankly in originality. But it only takes a few minutes and two fascinating opening scenes – and, more surprisingly, almost devoid of dialogues – to plunge us into the universe of these two space agents. Because Valerian is a massive and fun space-opera, despite its defects, among which there is an intrigue which gives all the air to have been cut into chapters. The first act of the film, with its crazy action scenes and its frantic rhythm but above all with its almost visionary aspect and its approach to virtual reality, is simply exciting and leaves us stunned by its images and its inventiveness .
What a shame as the second act loses its breath and its energy, making us pass from an adventure without much interest to another! If fans of Rihanna will be delighted to find it in the bend of some scenes, we must admit that the second third of Valerian seems a little vain. Fortunately, the film catches up with its last part, more moving, better rhythmic, although it hardly arrives at the ankle of the beginning. The denouement, on the other hand, which is based more on the idea of ​​saving lives than killing the villain of history, is warm to the heart. Even if the resolution will seem a little easy to the most cynical.

As for the characters, Valérian prefers to concentrate on his two agents, interpreted respectively by Dane DeHaan and Cara Delevingne, the other protagonists fading behind the dynamics that they share. If Valerian will annoy some by his immaturity and lack of charisma – Dane DeHaan may not be made for this kind of role – Laureline, she, should get all the votes. Sarcastic, cool and knowing how to keep a cool head in all circumstances, she enjoys the interpretation of a Cara Delevingne who joyfully forgets her monolithic performance in Suicide Squad. On the other hand, if the dynamics between the two characters is interesting, it is a little difficult to get involved in their pseudo-love story, which seems more forced than anything else.
But Valerian catches up all his little defects of rhythm and characters thanks to two other elements, starting with his fun and cool side and … his optimism. Because yes, at the heart of Luc Besson’s film, there is a small idealistic aspect, a positive vision of a future in which hundreds of races can live in harmony without tearing themselves in one place – the famous City of the Planets . And mine of nothing, it does good. Of course, the darkness always rocks but they do not prevent the universe from having found a balance where humans can live with extraterrestrials all more different than the others. And then there is the visual aspect of Valerian! If Dane Dehaan warned us that we were going to be surprised, there is a reason!

Because the film is simply sumptuous and a visual richness hallucinating. The variety of aliens and their places of life, the power of the scenery, the beauty of the images … everything leaves us speechless! Nothing but the Pearls, the alien race in the heart of the plot, with their long silhouette and their hyper expressive face, are of a crazy elegance. And we will not stretch either the color palette, which does as well – if not better – than the already very shimmering Guardians of the Galaxy 2. In short, you will have understood, Luc’s film Besson can be a bit wobbly at times, not always 100% convincing in his plot and rhythm. But he is so inventive that we are ready to forgive him. And to see on the big screen a science fiction film that does not rest on a big saga already well known to the public, it’s refreshing. We wish Valerian to be a success so that he is entitled to its consequences!