Yemen : the cholera epidemic seems to be slowing 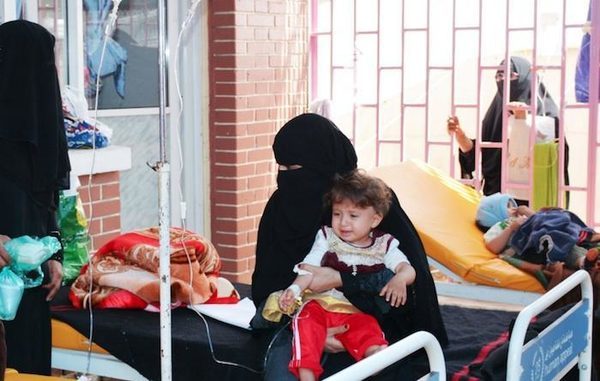 Finally. The exponential growth in the number of cholera cases in Yemen seems to be slightly slowing down. In two months, the epidemic has caused the death of 1400 people, for 219 000 people infected. But for the first time since it was declared in this country in a war, the poorest of the arabian Peninsula – the epidemic shows signs of slowing down.

The mortality rate has fallen by half, from 1.7 % in early may to 0.6 per cent currently, says the World Health Organization (WHO). This decline could be explained by the emergency operations carried out by the health workers, the agency says. The number of cholera cases recorded has also decreased, with 39 000 cases registered the last week against a weekly average of 41 000 previously.

But this slight decrease could also be related to the fact that the residents reported less cases affected by the disease since the start of the feast marking the end of ramadan.

Thus, the WHO does not exclude that the rate of contraction of the disease can double again. This Friday, the united Nations Fund for children (Unicef) has warned that the epidemic could reach the threshold of 300 000 cases by the end of August.

The collapse of the infrastructures and health and sanitation in Yemen, ravaged by more than two years of war, has promoted the end of April the outbreak of cholera in the country, for the second time in less than a year.

Since the beginning of the conflict, 17 million people – two-thirds of the population – are facing food shortages. According to the WHO, nearly seven million Yemenis are close to starvation.