Zika : the infection of twin babies depends on their genes 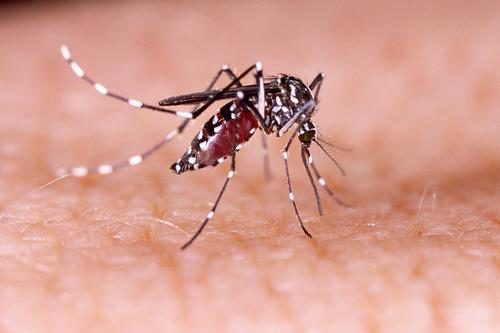 India, Brazil, French Polynesia, the Caribbean, Africa, the virus Zika has affected many regions of the world. It is a mosquito that transmits it, and the disease manifests itself between three and twelve days after the bite in the form of fatigue, headache, fever, rash, etc, More than 2000 cases have been reported in the european Union between 2015 and 2017, of which 1141 in France (mainly in French Guiana, Martinique and Guadeloupe). Researchers from the University of Sao Paulo, Brazil, have studied the cases of twins whose mother has been infected. Not all of them have been affected by the virus. For scientists, this attests to a link between the genome of the individual and the contamination. They have published their results in Nature Communications.

A study conducted on twins

This is a figure that has alerted scientists : 6% to 12% of babies born to a mother infected with the virus Zika will develop the virus, too. Why them and not all ? What is it that accounts for this rate ? During the epidemic of 2015-2016, the researchers have searched for twin babies in order to identify the link between genome and Zika. They have selected a set of identical twins (who have exactly the same genetic heritage, also called “identical twins”) and dizygotic twins (“fraternal twins”). If a link exists between genome and contamination, then monozygotic twins should either be infected every two, or not at all. This hypothesis was confirmed in their research.

The brazilian scientists have studied the genetic sequence of the eight pairs of twins, as well as ten children who have contracted Zika. No genetic variation could alone explain the presence of the virus and its development. So they made a test of ribonucleic acid, it allows to measure the activity of genes. Some genes are less active in babies with Zika. The virus is related to, according to them, variants of several genes or to changes in the mechanisms that control the expression of genes and production of proteins.

The risk of microcephaly

The research on the virus Zika are many and significant new information has been recently discovered. Between 2015 and 2016, the epidemic has severely affected South America and the Caribbean. Pregnant women have been contaminated, which has caused deformities in children. It is microcéphalies, brain malformations due to an excessively low number of neurons. Researchers from the Institut Pasteur and the University of Liège have found a technique to prevent the virus to act this way.

If the virus manages to cross the protective barriers of the brain, it is due to a pathway called the UPR. Its signals are less important during the manufacture of the neurons, but with Zika, they increase. The scientists were able to block the activation of this pathway to prevent microcephaly. Recently, researchers have succeeded to prove the effectiveness of an anti-viral drug against Zika, sofosbuvir, which heals normally hepatitis C. this study has, for the time, been performed only on mice.