Debbie Reynolds, mother of Carrie Fisher, dies a day after her daughter 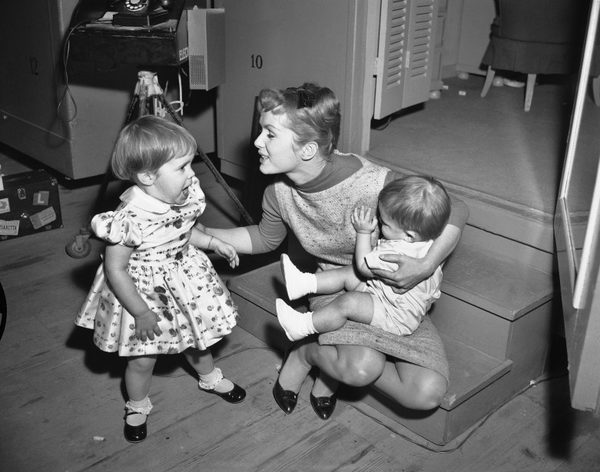 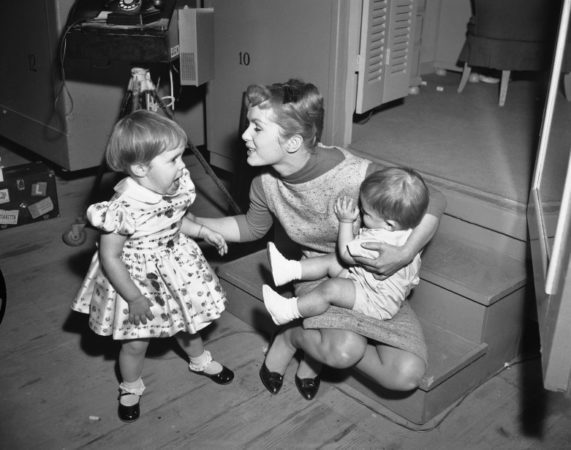 Debbie Reynolds, one of the last great actresses from the Golden Age of Hollywood, died in an attack Wednesday just hours after the death of her daughter, Carrie Fisher, the famous Princess Leia of Star Wars , suites of ‘a heart attack. The death of the actress, 84 years old, was announced by the TMZ people site, author of several scoops in recent years.

In this photo dating from March 1959, Debbie Reynolds embarks on a plane to go to Spain where she was to participate in the shooting of a film.

The emergency services were called shortly after 1 pm (4 pm, Montreal time) at the home of Debbie Reynolds’ son Todd Fisher in Beverly Hills.

A spokesman for the Los Angeles firefighters told AFP to rescue an “adult patient in good and serious condition” without confirming that it was Debbie Reynolds.

The firefighters then transported the patient to the Cedars-Sinai Hospital of the California metropolis, according to the same source.

TMZ said, unsurprisingly, that the actress had been upset by the death of her daughter Carrie Fisher the day before at just 60 years old.

Debbie Reynolds had posted a short message on Facebook on Tuesday. “Thanks to everyone who knew how to embrace the gifts and talents of my great and loved daughter. I am grateful for your thoughts and prayers which will now guide her towards her next step, “signed:” Carrie’s mom “.

With this double death, 2016 is still more a black year for artists, marked by the death of singers David Bowie, Prince, Leonard Cohen and George Michael.

“She wanted to be with Carrie,” said Todd Fisher magazine website Variety .

In this photo from February 1959 Debbie Reynolds takes deals on the set of the movie Say One For Me daughter Carrie, then aged 2 years and his son Todd, one year.

A film that marks a career

In a few hours, mother and daughter, who had maintained a complex relationship destroyed by show business all their lives, followed suit.

A documentary about their relationship, Bright Lights: Starring Carrie Fisher and Debbie Reynolds was screened at the last Cannes Film Festival and has to be released in March on HBO.

“We have lost a unique talent and a national treasure. So soon after the death of her daughter, Carrie Fisher, it’s really a double tragedy, “said Gabrielle Carteris, president of SAG, a syndicate of actors on the small screen.

“There’s nothing harder than having to bury a child. Debbie died of a heart attack, but she is with her daughter now, “tweled George Takei, one of Star Trek’s star performers.

She barely 20 years old in April 1952 when fate that remains without doubt, to date, the most famous musical of the history of cinema, Singin’in the rain .

This will be the role of his life.

“The character resembled me very much at the time,” she said in an interview with the American film institue (AFI).

“I was not afraid. I darted, “she recalled. “I had never danced. So dancing with Gene Kelly and Donald O’Connor in three months (preparation), everyone should have given up. But I said to myself, “Let’s go.”

Born on April 1, 1932 in El Paso, Texas, Mary Frances Reynolds, of her real name, had already been spotted at the age of 16 by the large MGM studio after winning a beauty contest in California.

After Singin ‘in the Rain , she will turn in several musicals, including The Unsinkable Molly Brown , which earned him an Oscar nomination in 1965.

In 1955, she married singer and successful actor Eddie Fisher, with whom she will have her two children, Carrie and Todd.

But the couple will divorce in 1959, disintegrated by the connection of Eddie Fisher with the actress Elizabeth Taylor, who was the best friend of Debbie Reynolds.

Next two other marriages, also concluded by divorces. In passing, her second husband, Harry Karl, will squander the bulk of his wife’s fortune.

Debbie Reynolds regularly joked about her misfortune in love.

To support her children, the actress will perform in Las Vegas, where she will even have her own casino.

Following his movie career will become trivial in the 70s, but she continued to make regular appearances on television, including the series Will and Grace .