Deficit of public hospitals : the physicians claim that there is a shot of com 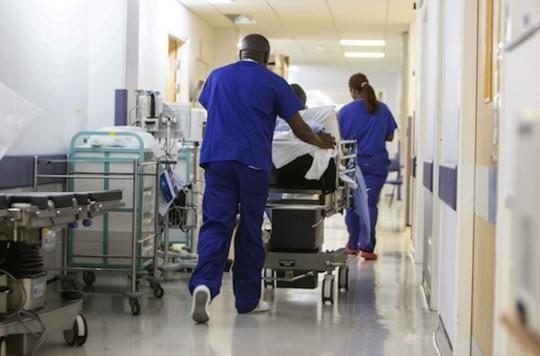 The funds of the hospitals are empty. The president of the federation hospitalière de France (FHF) has released a statement as a cry of alarm. The deficit for 2017 would be € 1.5 billion. A threshold never before reached. In comparison, it amounted to 470 million euros in 2016. For Frédéric Valletoux, president of the FHF, this situation is due to two things: the many levels of the economy and the lack of structural reforms.

“Structural reforms and financial now vital,” the president of the FHF calls on the government to act. For him, the annual plans of economy (about 3 billion euros over 3 years) have had an impact on the degradation of the accounts of the hospitals.
The activity of these would have been less than what had been planned, however it is on this estimate that the rates of hospitalization have been built. But when you compare hospital costs in France compared to other countries, we find that the share of hospital costs (41%) is higher than the average of the EU-15 (38%).

The physicians of the city react

Frédéric Valletoux target the physicians of the city. It says that ” the government is considering, for the third consecutive year to pay the hospitals the dynamism of expenditure in the city. “He accused including a poor estimate of the cost of the convention medical, for health professionals liberals.
The confédération des syndicats médicaux français reacted in the day. Its president, Dr. Jean-Paul Ortiz, talks about a “contention free” and notes that the public hospitals and the convention medical are separated, both in terms of objectives of expenditure budgets. On the other hand, the medicine city has already absorbed a large art transfers from the hospital : each year, the requirements of the hospital running in the city (PHEV) help to nibble on the half of the increase in ONDAM city.
And the development of ambulatory activity in the hospital, especially in surgery, has led to greater solicitation of the physicians of the city. According to Dr. Jean-Paul Ortiz, one cannot exhort indefinitely the liberal doctors to ensure the shift to ambulatory care without giving them any resources needed !

The FHF is called, it, a thaw of the balances of loans and asked a series of structural reforms : relaxation of modes of internal management, reform of health system funding, or the recovery of the investment in the hospitals.