Delphine Depardieu in the arms of Alexis Moncorge, the grandson of Jean Gabin 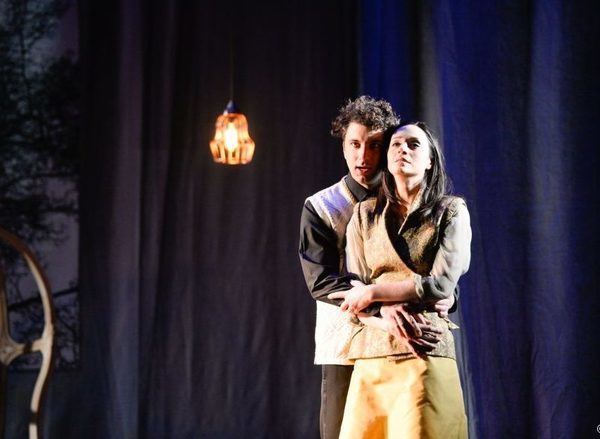 The grandson of Jean Gabin and the niece of Gerard Depardieu replicate on the boards for “L’Aigle with two heads”. 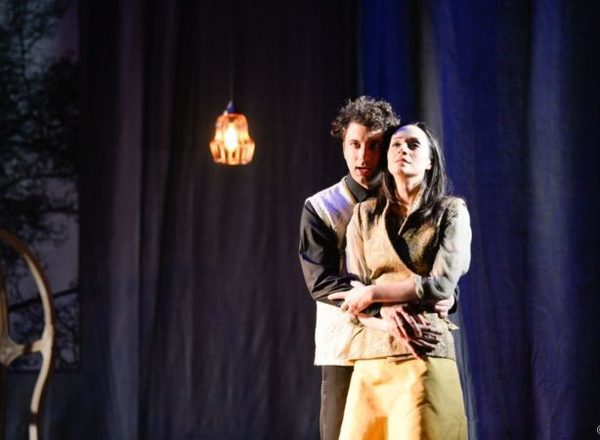 Behind the sacred monsters of the seventh French art, heirs and hopes. On stage at the Ranelagh Theatre, Delphine Depardieu (the niece of Gerard ) and Alexis Moncorgé (grand-son of Jean Gabin ) will give the reply in The Eagle Has Two Heads . Adaptation of the work of Jean Cocteau. The spinning of this politico-romantic drama took place on 18 January. The opportunity to discover on stage these two actors who have managed to weave their web over the years, to better honor their surnames.
On the one hand, Delphine Depardieu. Daughter of film producer Alain Depardieu and niece of Gerard Depardieu , she is 37 years old. Stealthily cross cinema in Asterix at the Olympic Games and Hasta mañana , it is especially distinguished cinema playing alongside Roland Giraud , Paul Belmondo , Alexandre Brasseur . Last year, she starred in The Last Kiss Mozart Alain Teulie.
On the other, Alexis Moncorgé. He refused to take the pseudonym of his illustrious grandfather Jean Gabin to fly with his own wings. At 28, Alexis is male theatrical revelation Molières 2016 for his role in Amok , news of Stefan Zweig he signs the adaptation to the theater and he will play for two years, from 2015 to 2016.
The double-headed eagle is an imaginary and very free adaptation of the death of King Ludwig II of Bavaria, declared insane and confined in the castle of Berg, where he will die in mysterious circumstances. The story: A young queen with a veiled face wanders from castle to castle in a European country, cut off from the world. She refuses to mingle with the court and lives in the memory of her husband assassinated by a terrorist at his wedding. On the evening of the anniversary of the death of his late husband, a young stranger bursts into his room … The play will be played at the Ranelagh Theater from 18 to 30 March 2017.