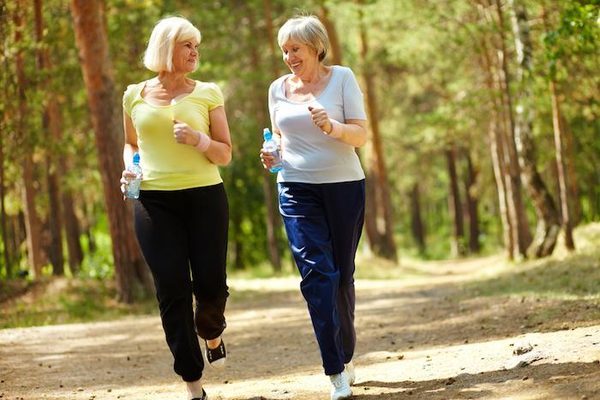 The physical activity would not protect against the dementia. A study conducted by Inserm and published in the British Medical Journal shows that adults practicing physical exercise regularly have a cognitive decline similar to sedentary.

These work French contradict the scientific literature. But, as underlined by Séverine Sabia, researcher at Inserm, at the head of this study, ” these results are corroborated by 2 intervention trials and recent expert report published on June 22, 2017, which concludes in a lack of sufficient evidence regarding a protective effect of increased physical activity on the risk of dementia “.

Researchers from the Centre for Research in Epidemiology and Public Health have relied on the follow-up of more than 10 300 people from 35 to 55 years at time of inclusion between 1985 and 2012. Every 4 years, the physical activity of each subject was assessed and many cognitive tests have been proposed.
During the study, 5 to 300 people have shown to follow the recommendations established by the WHO, or 2.5 hours per week of moderate activity to vigorous. In addition, approximately 330 cases of dementia, including Alzheimer’s, were diagnosed. The average age at the time of diagnosis was 75 years.

The analysis of the researchers shows that regardless of the number of hours spent running, swimming or walking, the physical activity would not have a protective effect on the risk of dementia. The participating athletes and the sedentary showed the same decline in memory or reasoning skills.
“In effect, it could not be shown that there was an association between practice of physical activity (light, moderate or intense) and the appearance or not of a dementia,” says the press release from Inserm.

However, the researchers noticed a decrease in physical activity in the 9 years preceding the diagnosis in subjects who developed dementia. The latter limited their physical activity for up to two hours per week.

For the authors, these results suggest that the decrease in physical activity could be part of the changes that occur in the early stages of the disease.
“If this decrease of activity can not be regarded as a harbinger of dementia, however, it could be a signal among others to be taken into account by the treating physician,” says Inserm.

The sport is still essential

Despite these results, the researchers do not rule out completely the possibility that physical exercise may be neuroprotective. “It remains to be seen if maintaining a good level of physical activity during this preclinical phase of dementia may slow down the process of the disease,” explain the authors.

On the other hand, they reaffirm the benefits of regular physical activity for the maintenance of good heart health, as well as for the prevention of obesity and diabetes. Adopt a regular activity, remains “a major determinant of the health status at all ages of life,” they say.