Dengue fever : the Philippines are the link between the three deaths and the vaccine from the French laboratory Sanofi 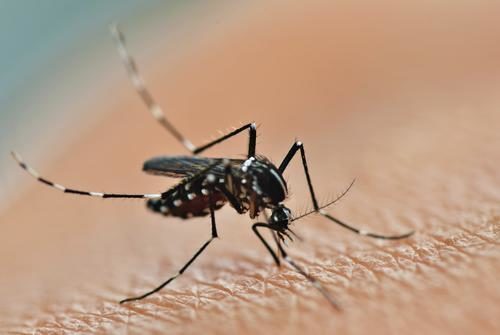 The philippine authorities suspect the dengue vaccine of the French multinational, Sanofi to be the cause of the death of three people. At the end of November, the laboratory had published a press release mentioning the differences in performance about its vaccine Dengvaxia and recognized that it could present risks to people, yet never affected by the disease. The Philippines had then suspended their nationwide vaccination campaign, but 733 000 children had had time to receive the vaccine.

Three deaths related to the vaccine

Today, the philippine government made the link between the three deaths and the Dengvaxia. “The three cases have shown a causal link. They died of dengue although they have received the Dengvaxia. Two of them are dead because of the failure of the vaccination,” said the under-secretary of Health Enrique Domingo during a press official. According to him, “the Dengvaxia is not ready to be used in vaccination campaigns and it would take three to five years to observe and supervise if the vaccine produces other undesirable effects.

Sanofi agrees to reimburse the government of the philippines

Sanofi has expressed its sympathy to the families in a press release, but without a make public more information about the dangers associated with the vaccine when it is administered to people who have not been affected by the dengue fever. The Philippines has spent 3.5 billion pesos (€58.4 million) for the vaccination programme launched in 2016 to reduce the number of cases of dengue fever (200 000 cases are reported each year in the country). Sanofi Pasteur has announced that it intends to reimburse the government of the philippines the doses of unused vaccine against dengue fever.

Several countries use the Dengvaxia

Dengvaxia is currently indicated in most countries for persons nine years of age and older who live in areas where dengue is highly endemic. This vaccine used to prevent 93 % of cases of severe disease and 80 % of hospitalization due to dengue during the 25 months that have lasted the clinical studies conducted in ten countries in Latin America and Asia where dengue is widespread.

In the light of recent analysis, Sanofi will propose to the regulatory agencies, to national to update the manual and to ask health professionals to assess the likelihood of a previous infection of their patients by the dengue virus prior to the vaccination.

Dengue fever, also called ” the flu, tropical “, is a hemorrhagic fever tropical linked to an arbovirus, transmitted by a mosquito of the genus Aedes. The WHO estimates as many as 50 million annual cases in the world, including 500 000 cases of dengue “hemorrhagic “, which are fatal in more than 2.5% of the cases. Initially present in the tropical and subtropical zones of the world, dengue has now reached Europe, where first indigenous cases were identified.

The strains of the virus of dengue fever is divided into four serotypes distinct : DEN-1 to DEN-4. The immunity acquired in response to infection by one serotype confers protective immunity only against that serotype infecting but not against other serotypes. As a result, a person is likely to be infected by each of the four dengue serotypes in the course of his life. Subsequent infections by other serotypes process greater the risk of developing severe dengue, known as ” hemorrhagic “.
The vaccine produced by the French laboratory Sanofi Pasteur is licensed in Mexico, Brazil, el Salvador and the Philippines to protect 9-45 years of age in this potentially deadly virus. The special feature of this vaccine is its ability to immunize individuals against the 4 strains of the dengue virus with an efficiency between 56% and 60%.