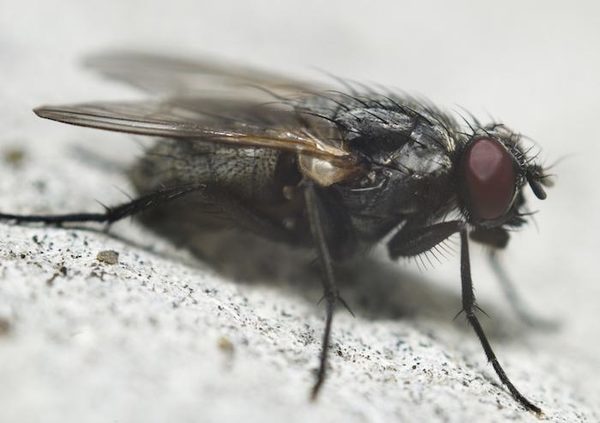 The work was carried out on flies – studioDG/epictura

Detect early to better treat : the maxim is true always, for all pathologies… including fragile X syndrome (FXS). Work published in the journal Current Biology learn more about how this rare disease and on the importance of early detection.

The fragile X syndrome (FXS) is a disease rare genetic associated with an intellectual disability mild to severe, and sometimes behavioral disorders. Previous studies have highlighted the failure of a protein called Fragile X Mental Retardation Protein (FMRP), in people with this syndrome.

In this latter work, the objective was to investigate the precise impact of this protein, which is failing on the development of the brain and the nervous system. They have been carried out on drosophila flies, a model used by scientists for a century to study the development and the neurobiology of human genetic disorders.

The researchers focused on the development of the olfactory circuit in the fly and have studied the neurons carrying the olfactory information from its antennae to the centre of the memory in his brain, in the first days after hatching.

It is a “critical period” during which the young brain generates synaptic connections in response to sensory signals. However, in flies that had the protein FMRP, the most important impact was visible during this period as “critical” in brain development, which corresponds to the first years of that of a human child. Thus, flies lacking the protein failed to form these connections in response to their environment.

“Our research confirms that the protein FMRP is essential to improve the ability of the brain to integrate sensory information “. This element still remains poorly explored, because the brains of people with the syndrome appears normal, and the patient can ” walk, talk and chew gum, just not in an intense way “.

“Currently, there is a significant investment in the research of drugs to treat children and older adults, but these efforts could be ineffective,” they wrote. As our study indicates, the absence of FMRP during the critical period of development causes a significant and sustainable difference in the way the brain is wired “.

Instead of focusing on treatments administered at ages late, the researchers believe that it is better to invest more on methods of early diagnosis. “Several studies have shown that the Fragile X syndrome could be effectively treated with behavioral therapies if they start from the age of 12 to 18 months “.