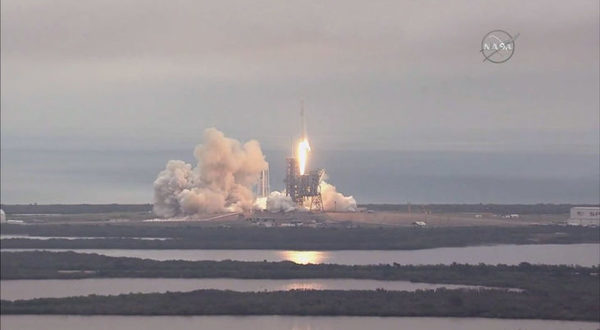 The un-inhabited Dragon capsule missed its scheduled appointment early Wednesday with the International Space Station (ISS) due to a GPS problem, announced US space company SpaceX.
“Dragon is in good condition and will have a new appointment with @Space_ Station Thursday morning,” SpaceX wrote on Twitter.
For this first SSI flight since a launcher accident in September, the Dragon capsule must deliver more than 2.2 tonnes of food and equipment for scientific experiments to the six SSI astronauts under a contract With NASA.
The unmanned capsule had been launched by SpaceX successfully on Sunday aboard its Falcon 9 rocket at the Kennedy Space Center in Florida. She was to join the SSI early Wednesday.
But while Dragon was in the final SSI approach phase, the maneuver had to be interrupted due to a malfunction of the GPS device, NASA said.

The capsule was then only 1.2 km from the station.
This is one tenth of these missions. SpaceX is developing a new Dragon capsule that could transport astronauts into space before the end of the decade.