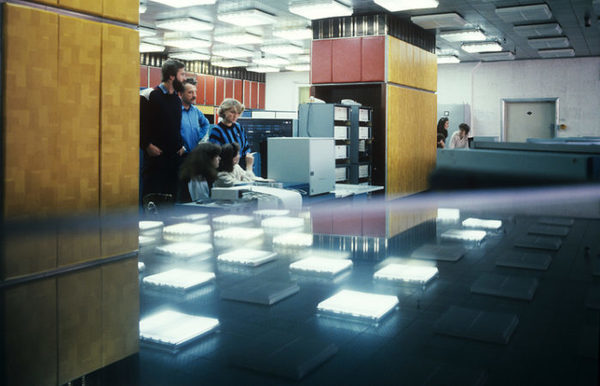 ST PETERSBURG, March 24. / Corr. TASS: Natalia Mikhalchenko. Petersburg researchers found in the archive of the State Planning Committee of the USSR unrealized projects on the transfer of the channels of the Ob and the Amur in order to mitigate the climate of the Arctic and the Far East.

This was told Tass representative of the Military Historical Society Pavel Filin.
“One of the unrealized pre-project developments that we discovered suggested moving the mouth of the Ob River from Obskaya to Baidaratskaya Bay, the Amur was planned to be returned to its old (much more southern) channel, both projects were supposed to mitigate the climate: to improve the ice situation in the Kara Sea and lead to a warming of the Chukotka region, “- he said.

Melt the ice of the Kara Sea
The project with the transfer of the mouth of the Ob River suggested the construction of a dam across the Ob Bay, which would cause the water to rise and redirect the flow of the river to Baidaratskaya Bay, located west of the Ob River.
“This project was intended to improve the ice situation in the Kara Sea due to the warm flow of the Ob River,” the researcher explained. Development to the mid 30s.

Redirect Kuroshio
The project on the transfer of the Amur channel was aimed at causing warming in the Soviet Far East and Chukotka.
“It is known that the Amur River changed its current even twice, both times shifting the place of its confluence into the Sea of ​​Japan to the north.” The project suggested the return of the river to the historical southern channel, “said Filin .- As a result of the fact that the powerful river carried its waters in sufficient Narrow Tatar Strait, it became shallow and could not pass through one of the sleeves of the Pacific warm Kuroshio Current as before.The project, which applied to the early post-war period – by 1945, assumed to restore the former situation, to open the Cupid along the ancient southern channel and yzvat warming in the Far East and Chukotka. ”

Hybrids
Among the projects discovered in the archives were also the wonders of technology – “ice-cross-country vehicle, walkers, a project to obtain energy from the cold.” “Figures of some of these hybrids were published in scientific and technical journals, we photograph and study them,” said Filin.
Filin decided to generalize and present all the ambitious projects of the past in the archives of the Arctic to the Arctic with his two colleagues in the publication “The Arctic on the Brink of Fiction”, timed to coincide with the 80th anniversary of the world’s first drifting station “North Pole-1” headed by Ivan Papanin.
“The USSR had a phenomenal experience in the management of the Arctic territories.We were convinced that it was an interdisciplinary organization, as it were said today, which managed to remove all departmental barriers, in fact the state in the state.” The Arctic was mastering the complex transport, cultural, economic development Went simultaneously, but already in the 50’s it was lost, emphasis was laid on the development of the transport component, “the researcher believes.
The book will also deal with the history of the Main Directorate of the Northern Sea Route, which turns 85 this year. The department was established in 1932 under the Council of People’s Commissars of the USSR, its leader was the Soviet mathematician, geographer, geophysicist, astronomer Otto Schmidt.
Exit the book is scheduled for the end of the year.