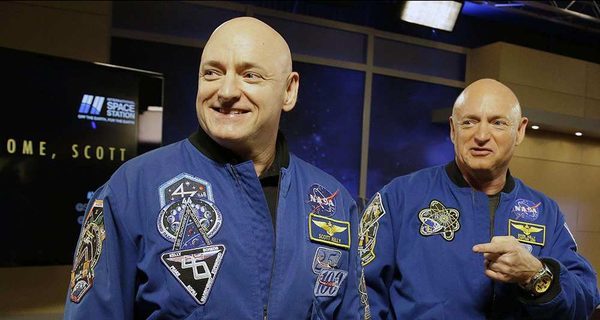 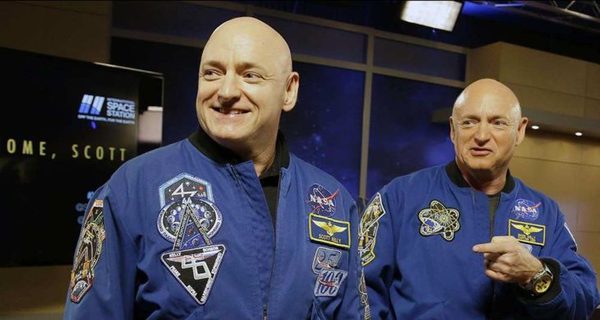 The American spent 11 months aboard the International Space Station (ISS). On his return, NASA scientists compared his genome to that of his twin brother who remained on earth.

Beyond their genetic heritage, twins Scott and Mark Kelly share their passion for space. The brothers have both stayed there. Mark, for 54 days, and Scott, about ten times more. It must be said that he spent 340 days in space during his last mission to the ISS, March 25, 2015 March 1, 2016.

With a brother identical to the ground, it was the perfect opportunity for NASA researchers to see the effects on the DNA of a space voyage. While scientists already knew that Scott Kelly grew up during his extended stay on the ISS, the first analyzes of the data collected on its DNA are particularly surprising: he does not exactly share the same gene pool as his twin stayed ashore.

Before, during and after the mission, the astronauts were subjected “to the same medical testing program”, as explained by the French astronaut Jean-François Clervoy site Pourquoidocteur. A protocol to allow scientists to observe the impact of the environment on the DNA of twins. They found that the telomeres of the twins were not the same length.

These zones, located at the end of our chromosomes, are known to decrease during aging. Scott Kelly having been exposed to space radiation for nearly 18 minutes, researchers did not expect to see that his telomeres had lengthened in comparison to his brother’s. The scientists even asked for a second analysis from an independent laboratory that confirmed the results.

Moreover, since the return of Scott Kelly from space, the twins are also different on the epigenetic level, that is to say on the reading and decoding of their genome. In short, the molecules supposed to help decrypt certain portions of their DNA are no longer present in the same proportion, nor in the same place.

The limits of experimentation

What conclusions drawn from these first comparative analyzes of twins, one of which lived 11 months in space and the other remained on Earth? Scientists still prefer to remain cautious. First because it is the first experience of the genre, then because it was only carried out with only two individuals, and finally because when NASA presented its first results, analyzes, at a convention in Galveston (United States), they were still very fresh, “just out of the sequencing machines” reports quoted a geneticist USAinformations.

Finally, because the right to privacy, the Kelly brothers may object to the publication of certain results of the analyzes carried out on their DNA, reports the journal Nature . These data could indeed reveal things they do not want to share with the world. The scientific community is pleased to know that such an experiment has been possible.