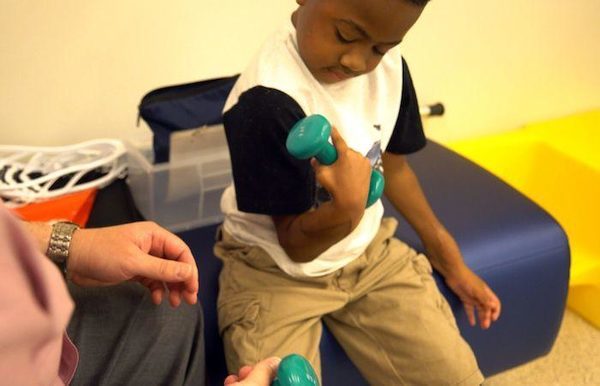 Zion fought like a lion to survive sepsis. And he continues to surprise the medical teams. Has only 8 years, the young American is the first patient in the world to have received a double hand transplant.

Only 18 months after the intervention, the boy has achieved his dream : to take a baseball bat and the handle. This success hope is the subject of a publication in The Lancet Child & Adolescent Health.

Before the surgery, Zion Harvey had little choice. This is only the help of a third party, or with sophisticated equipment, he could dress, eat or wash. The child has been amputated feet and hands in only two years.

Because of a severe sepsis, the young American has also benefited from a transplant kidney. It is for this reason that it has been chosen by the physicians of the children’s hospital of Philadelphia (United States) : an anti-rejection using immunosuppressive drugs, was already in place.

For more than 10 hours, four teams of surgeons working on the hands of the child. We are in July 2015. Two years later, the doctors are doing the balance sheet. And it is clearly positive.

6 days after the intervention, Zion began a long journey. The physiotherapy begins. He must learn it all. Write, dress himself, use a knife or a pencil… this intensive management is in addition a treatment of anti-rejection massif. At the present time, the boy must take four various immunosuppressive.

The transplant takes. A few days after the surgery, Zion manages to wag your fingers. Six months later, his touch comes back. Gradually, the transplanted hands is innervate. At the end of eight months, the child mania scissors and pencils with dexterity. But the greatest success occurs at the end of a year. Zion Harvey grabs a baseball bat and play with. One of its two objectives is filled.
And it is the whole body of the boy that fits. His brain understood. Thanks to neural plasticity, some regions are developing new networks that allow you to consolidate the motor control of the hands and the sensation of touch.